The production of Star Trek Beyond has been a mysterious one indeed. Aside from an action-driven teaser trailer being released, information on the film has been slow to come, but now director Justin Lin has posted a photo of himself flanked by two mystery cast members in costume.

The photo was released yesterday, April 5, to coincide with what Trekkies know as First Contact Day: when humans and Vulcans first crossed paths in 2063. As stated earlier the identities of the cast members are a mystery, but Lin has decided to make a competition out of it, offering t-shirts and posters to anyone who can guess correctly.

Star Trek Beyond finds the crew of the Enterprise stranded on a strange planet, courtesy of their 5 year mission to explore new worlds. With little hope of rescue and surrounded by hostile aliens, Captain Kirk, Spock, Bones, Scotty and Uhura have not faced a challenge like this yet. 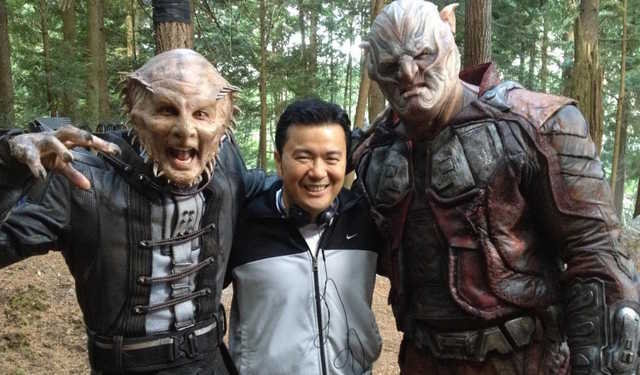