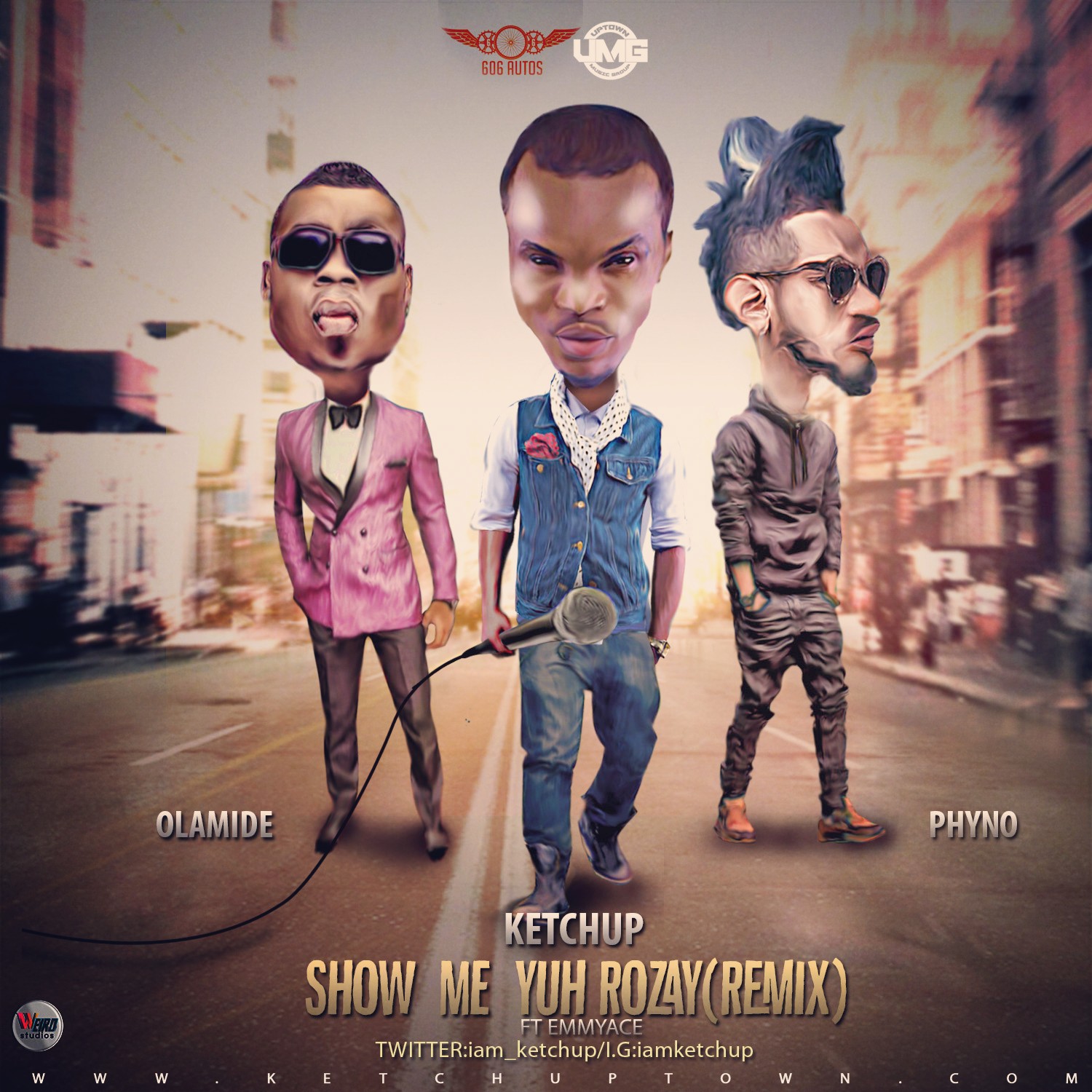 “Uptown Music Group and 606 presents the official remix of Show Me Yuh Rozay by KETCHUP which features the usual suspects Olamide, Phyno and also superstar producer EmmyACE on the hook. This is set to be the biggest collaboration of 2014. Ketchup will also be dropping Visuals to his hit single PAY AS YOU GO in the coming weeks, So look out for that. Listen, Share and Enjoy the remix of “Show Me Yuh Rozay” produced by EmmyACE.”