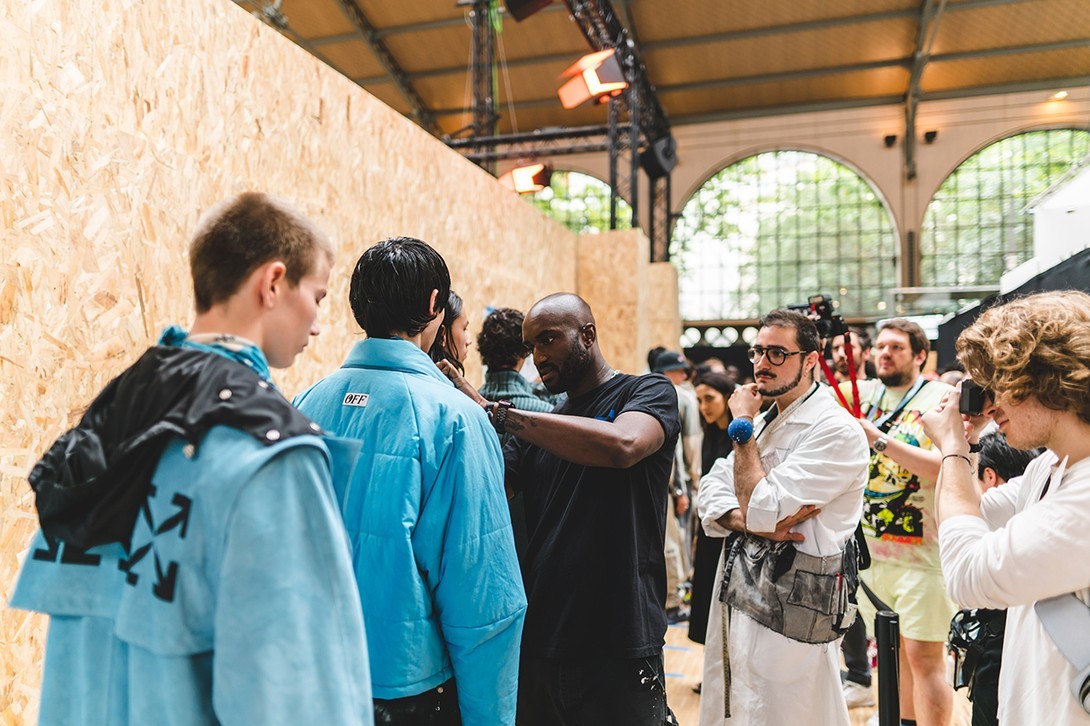 A few days ago, Off-White had announced a collaboration with Nike by releasing a teaser of the Nike SB Dunk Low. Now, it’s time for the Men Fashion Week in Paris, and to open this first day, Virgil Abloh has presented his Spring/Summer 2020 collection for Off-White, where he also unveiled the Nike collaboration.

The impressive creative director called upon Sheck Wes to open the show, he wore an all-white look composed of an overcoat, trousers and a T-shirt. These pieces were taken from the new Off-White collaboration with creative artist Futura.

The capsule also included a graffiti-adorned blazer and cape. During the show, one of the artist’s sculptures was surrounded by white flowers in the middle of the stage.

‘PLASTIC’ is the name of this men’s collection, and a few references to it were visible during the show, such as a recycling logo which appeared on white boiler suits.

The collection also featured a lot of gradient pieces – which was one of trends of this winter – such as some graffitied denim jackets, tie-dye jeans. Footwear has also been a very important part in every Off-White collection, and this new offering was no different, with sandals and hiking-style boots being highlighted.

To close the show, Gigi Hadid set the catwalk on fire, while a number of womenswear looks were also presented.

Take a look at the pictures of the Off-White Spring/Summer 2020 collection below. 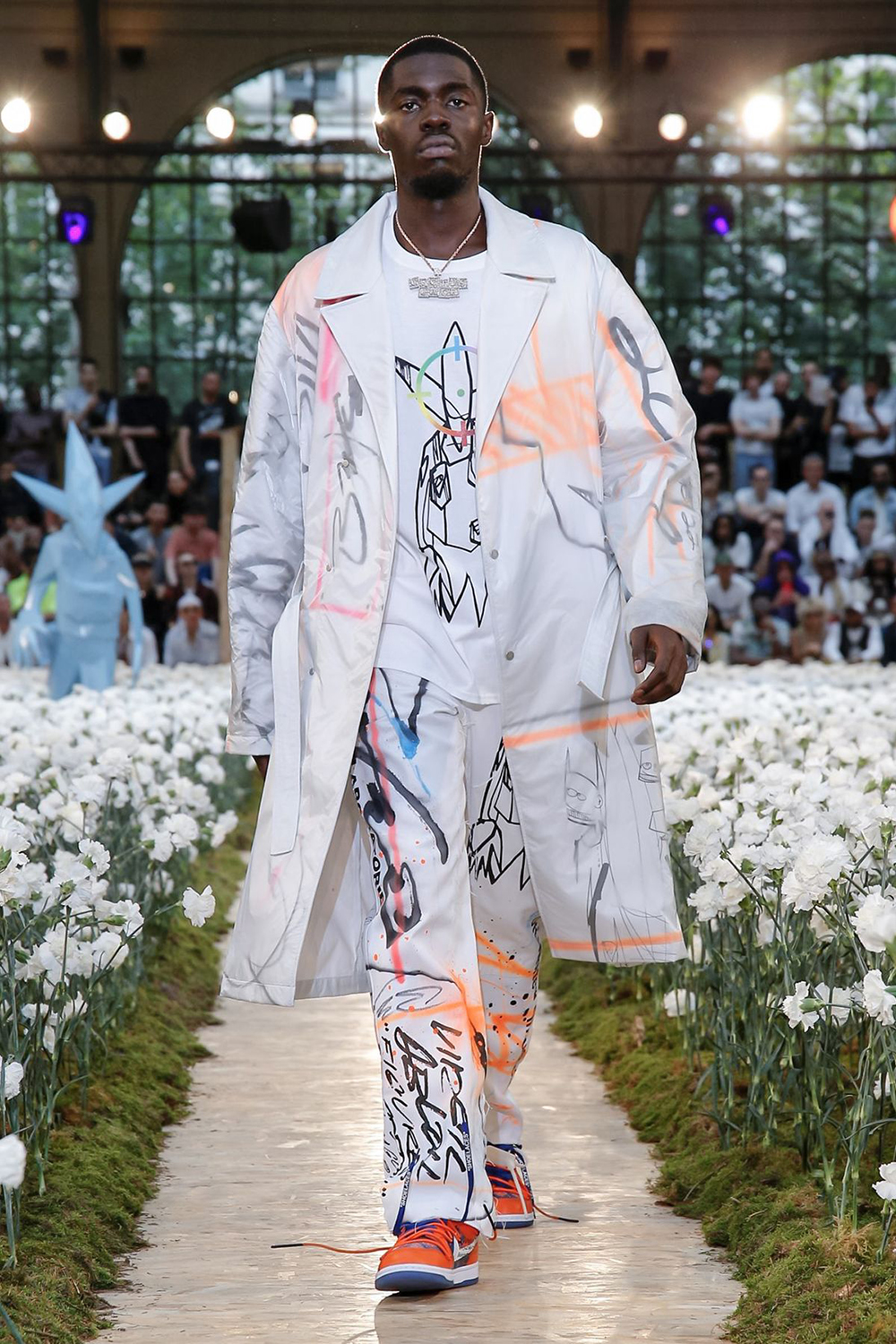 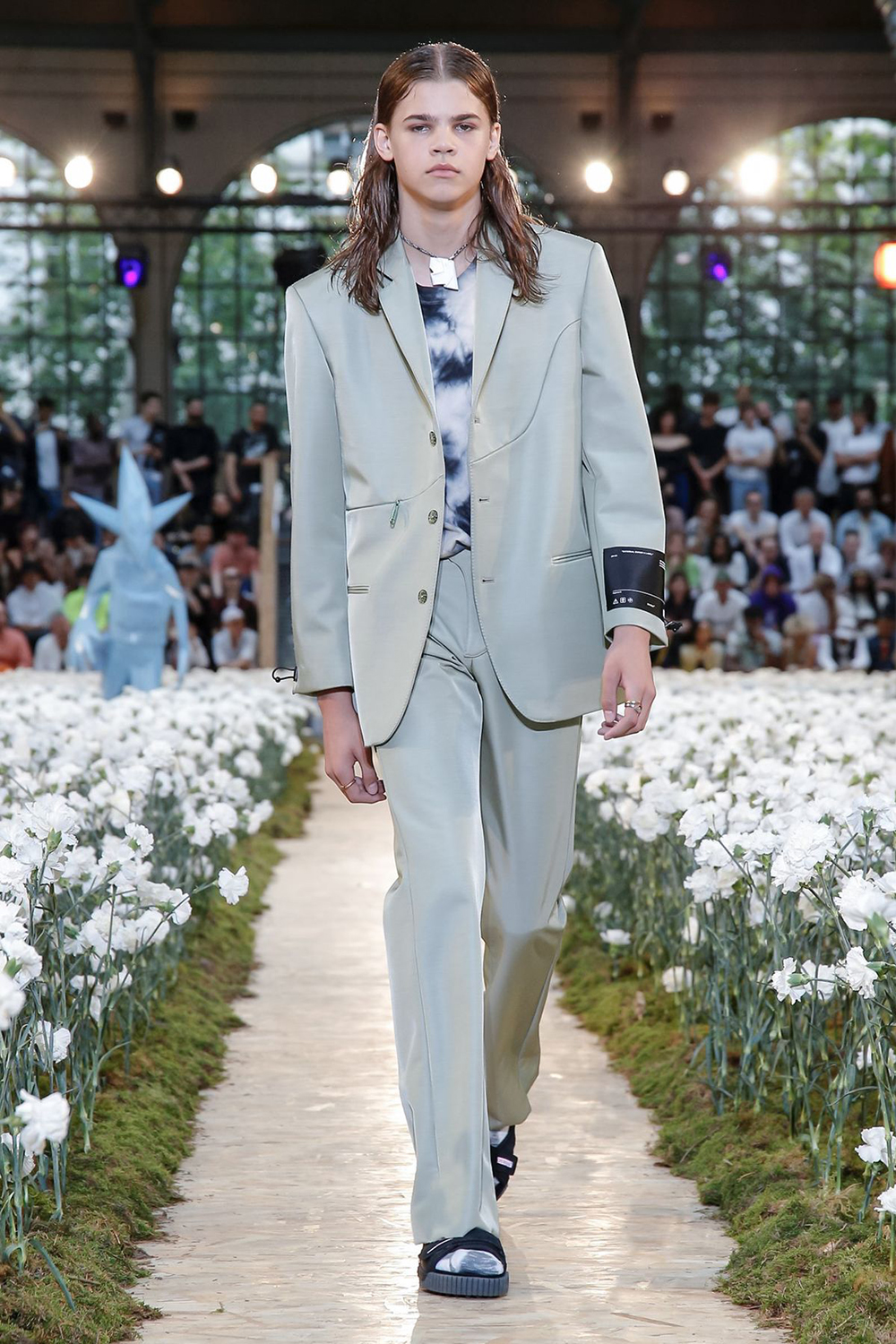 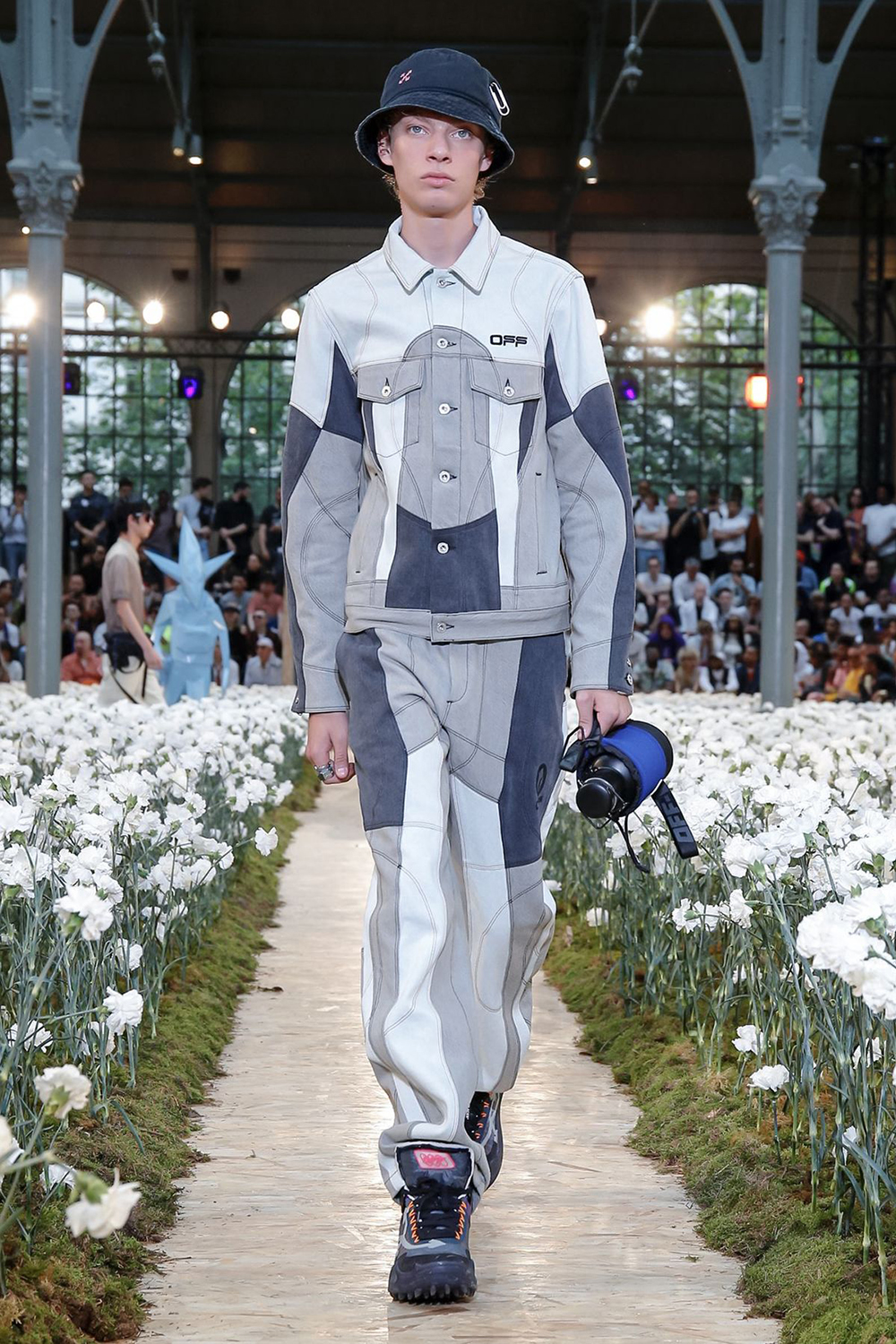 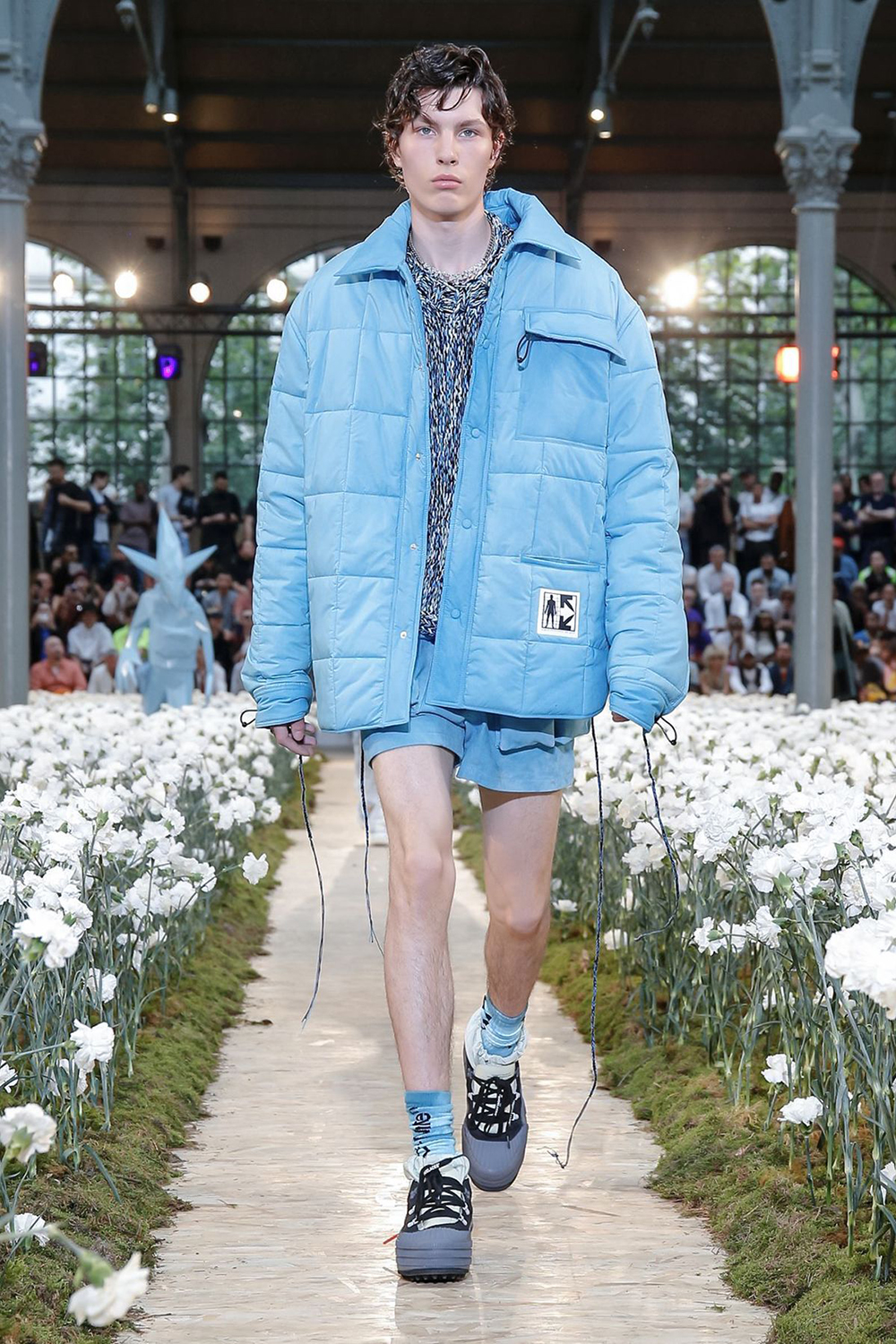 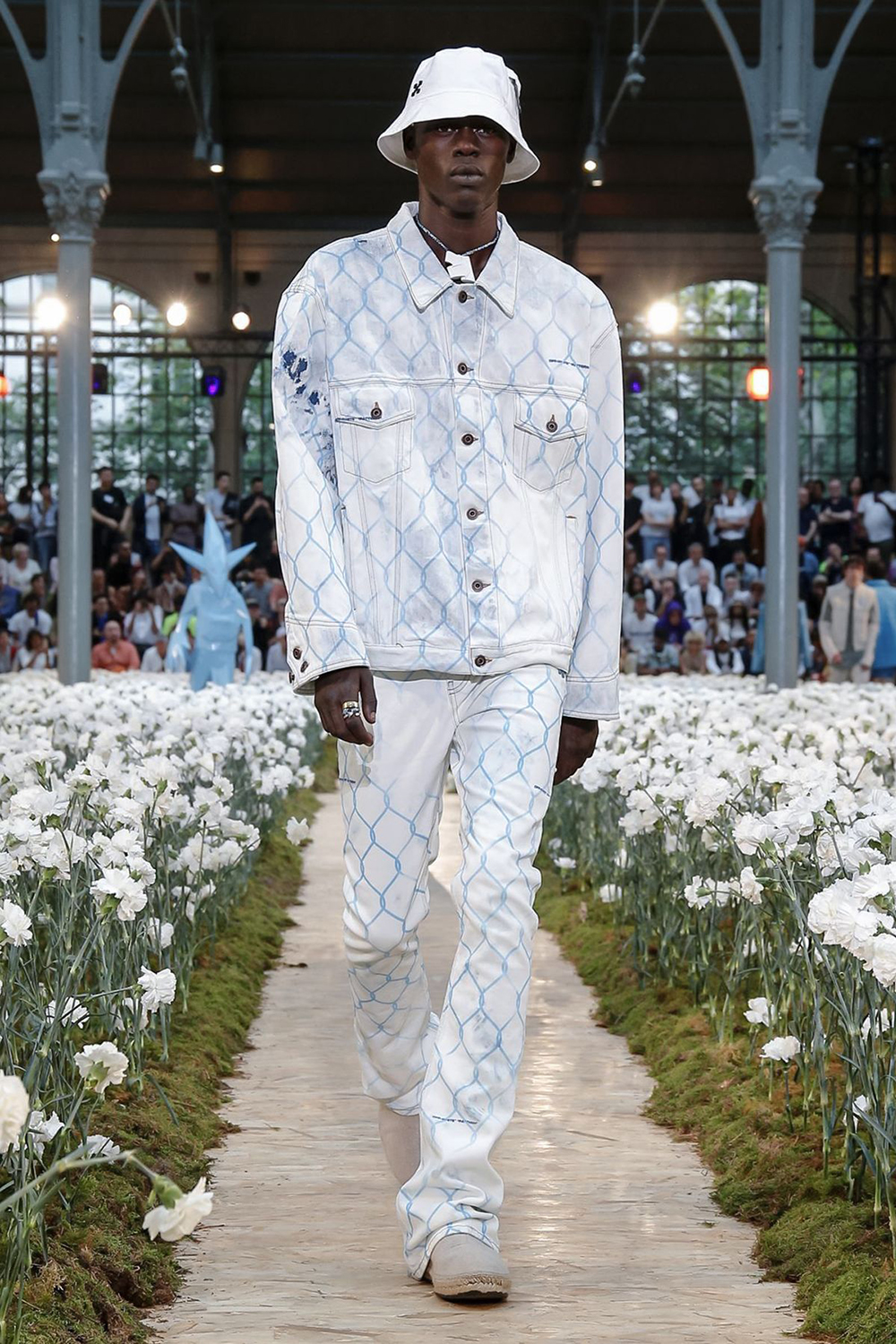 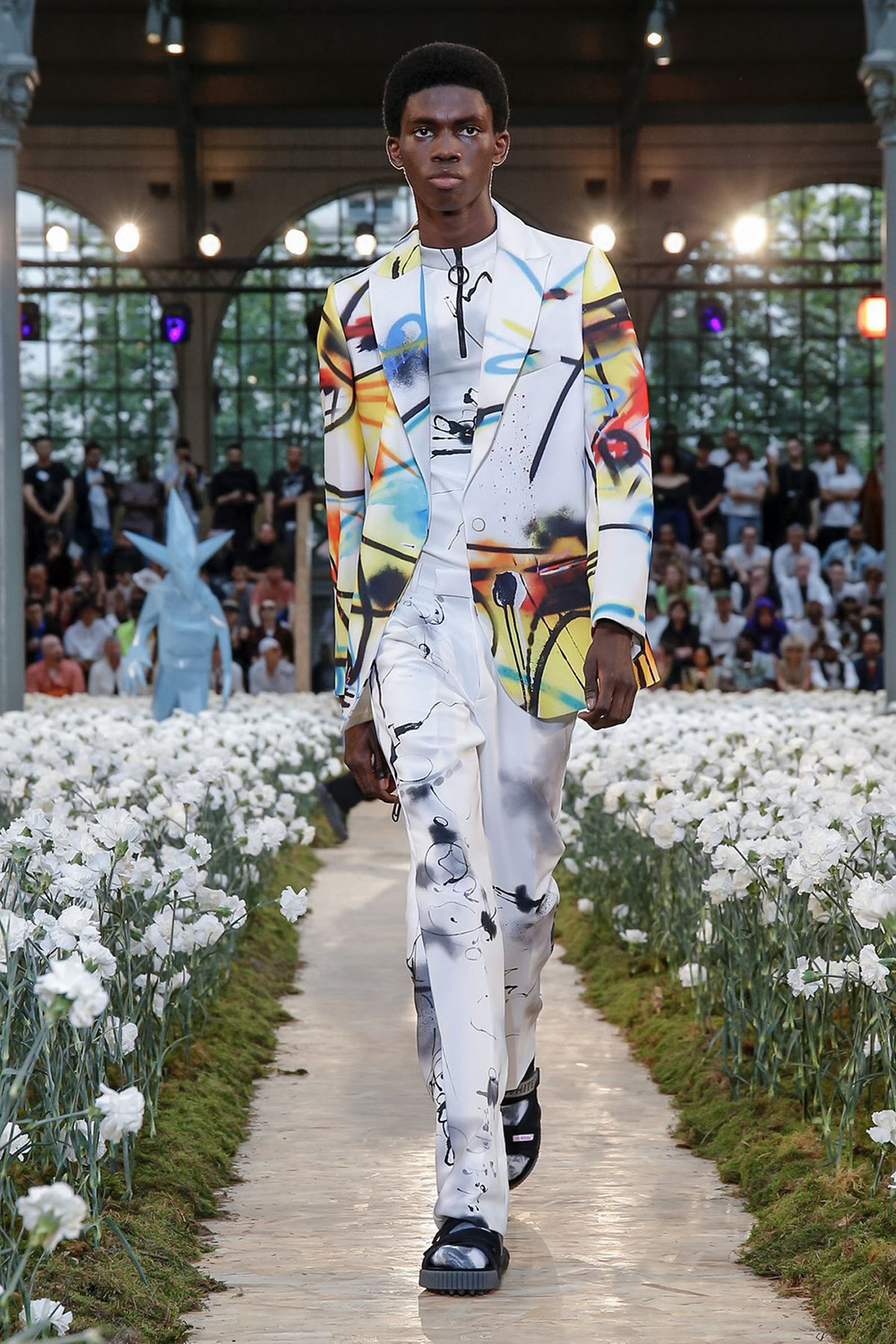