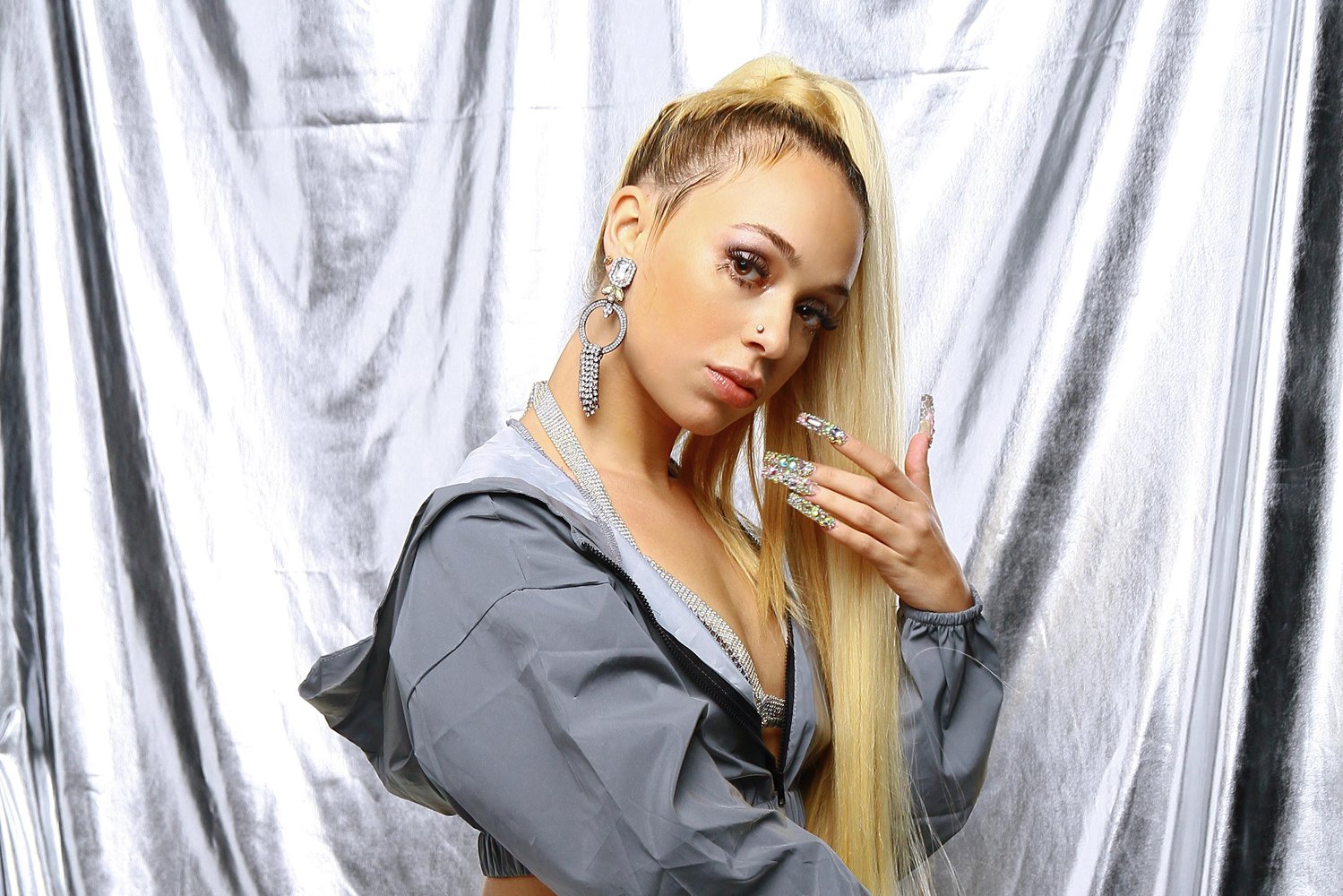 Back in 2016, Bad Gyal started her climb to fame after she drop her song “Pain”, a version of Rihanna’s single “Work”. Produced by DJ Fake Guido, the lyrics were adapted in a mixture between Spanish, English and Catalan. Then, with her first LP Slow Wine, she became very popular and her single ‘Fiebre’ started being played in every club in Spain.

Following the success of the first album, she released the second one, Worldwide Angel, produced by many famous Spanish musicians such as El Guincho. Her unique personality and style brought Bad Gyal into a very renowned position in the Spanish music industry and she’s been gaining traction globally, by playing at many festivals worldwide.

Her music has been defined as a genre blending mixture between dancehall, reggaeton and trap, and this new single is in line with her previous work.

Bad Gyal, never one to hold back, has always spoken her mind and her lyrics can testify that. A big feminism defender, she is trying to change the reggaeton and trap worlds and turn them into a sexism-free place.

“Santa Maria” is a very explicit song about sex but, keeping the religious controversial topic apart, the message this song contains is more important than meets the eye. For many years, women haven’t been able to speak freely about her thoughts when it comes to sex and we still have a lot of prejudices that need to be changed as soon as possible.

So, maybe the lyrics are a little bit too straightforward and detailed, but its empowerment vibes are more than necessary and we stan a queen who fights for equality in any aspect of life. Watch the music video down below!