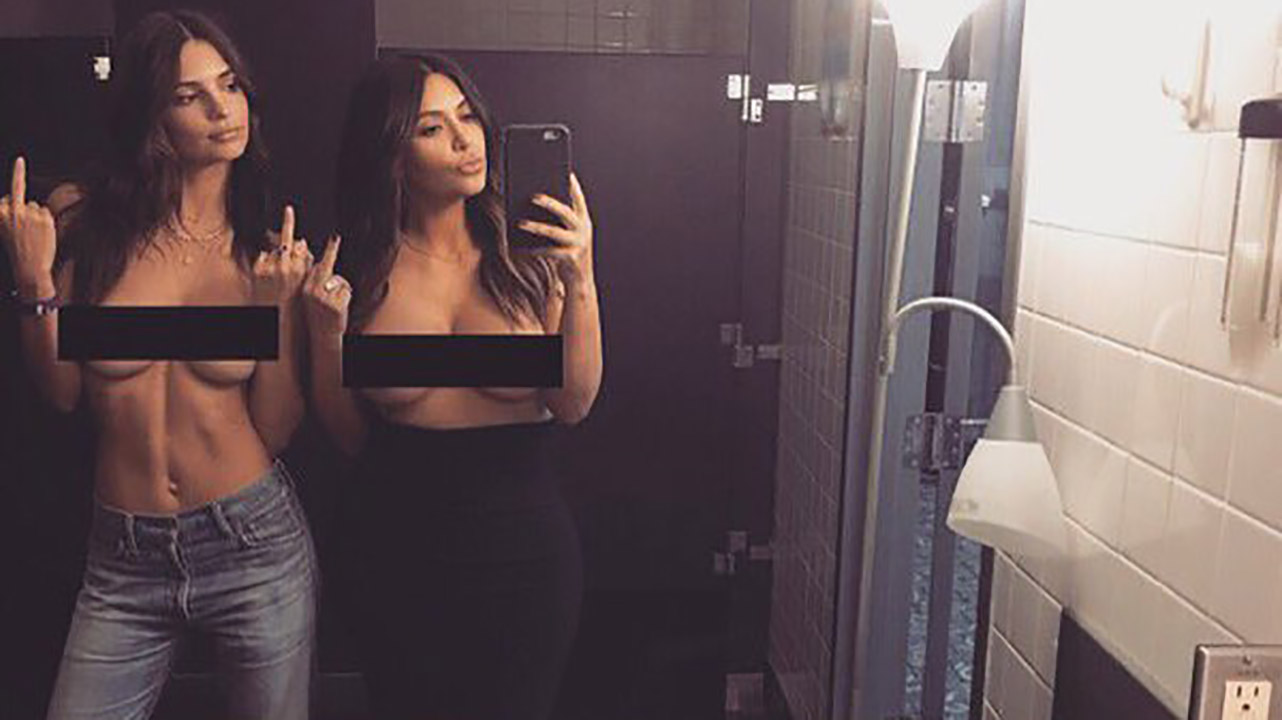 We all struggle with having nothing to wear but you would never believe Kim Kardashian West would! Having a net worth of nearly $85 million dollars, a designer husband and every brand wanting to dress her, how can the reality star really find it hard to wear something?

Although, unlike typical everyday people like me, (I would be sitting on the floor filled with a mountain of clothes I’ve thrown out of the wardrobe and weeping to find what to wear), West shows off her ‘distress’ by taking another controversial selfie with model Emily Ratajkowski.

The image that was published yesterday evening onto West’s Instagram shows the two stunning figures standing topless in front of a bathroom mirror displaying some hand gestures to the camera. Recently, West has been regularly showing off her new post-baby bod since giving birth to her son Saint West back in December of 2015, but she has received her fair share of critics for doing so.

The reality star penned a letter to women to shut down all of the people who have body shamed her. One of the main criticisms that provoked West to express her anger was that she was branded a ‘bad role model for women’ and she wrote “I am empowered by my sexuality. I am empowered by feeling comfortable in my own skin“.

The Instagram post that was revealed yesterday evening demonstrates that regardless of the fame, Kim Kardashian West has grown for herself, society is very quick to ‘slut shame’ her because of her past but the message of this particular image has such a deeper meaning than the one on the surface.

West is emphasising that she has her own everyday struggles, even with what she wants or has to wear on that day. Your fashion should be how you feel when you wear whatever you want to. It should not be about what other people expect from you with what you wear and Kim Kardashian West is the perfect role model to make you feel good in anything you wear, regardless of whether it’s nothing or something.

From the words of Kim Kardashian west herself, stay #Liberated.