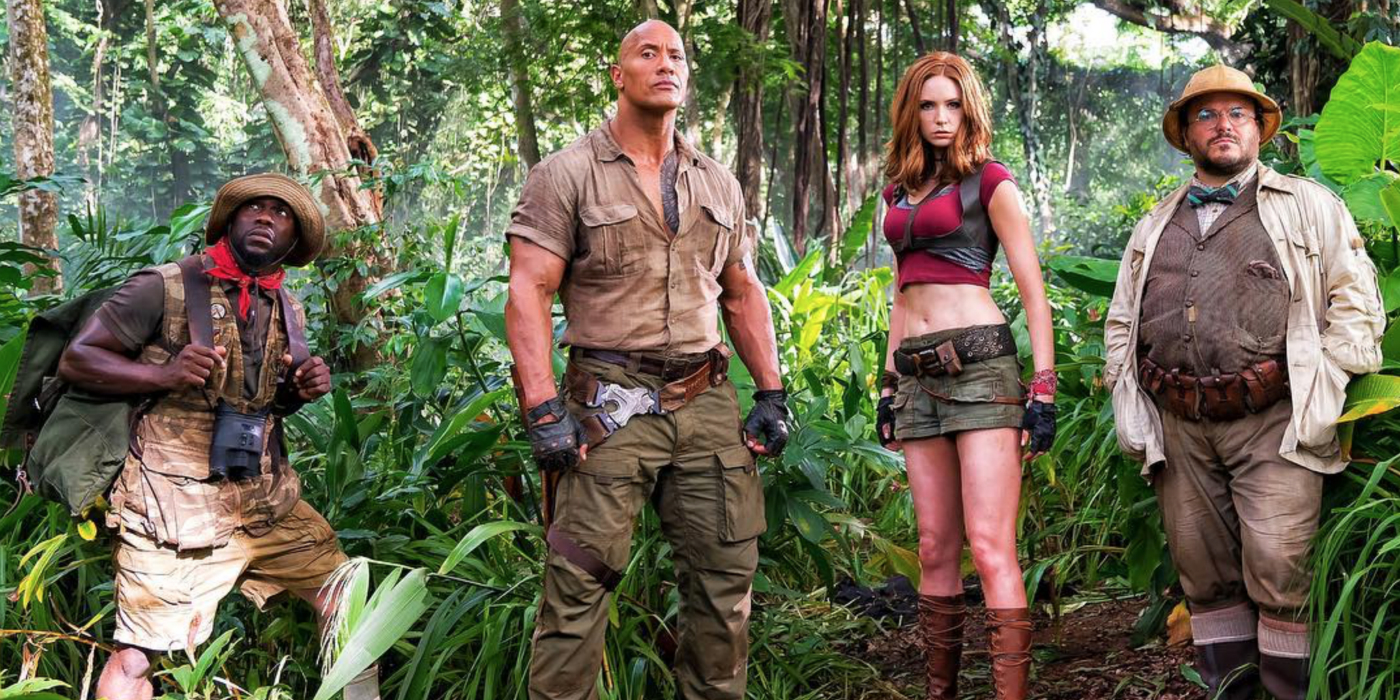 If you’re wondering what 2017 film will get “the Ghostbusters treatment” – i.e., excessive internet backlash from people claiming a film can “ruin childhoods” – then we may have found it. The first full trailer for Jumanji: Welcome To The Jungle has arrived and no, it doesn’t look much like the 1995 film at all.

Whether a sequel(?)/reboot(?)/remake(?) of the original film which starred Robin Williams was necessary is debatable, but at least the new incarnation is set on doing things a little differently. “Differently”, of course, currently being defined as “looking the same as every other big budget Hollywood film”.

The trailer below contains large elements of CGI, plenty of comedy and multiple incidents of The Rock beating someone up. Yes, the film looks to be attempting to cater to practically every audience imaginable, which is hardly surprising for a large budget film set to be released in 3D.

While on first glance it doesn’t look to be the most creative, interesting project the 1995 original film could have spawned, we’ll reserve judgment until Jumanji: Welcome To The Jungle hits cinemas on Friday, December 22.