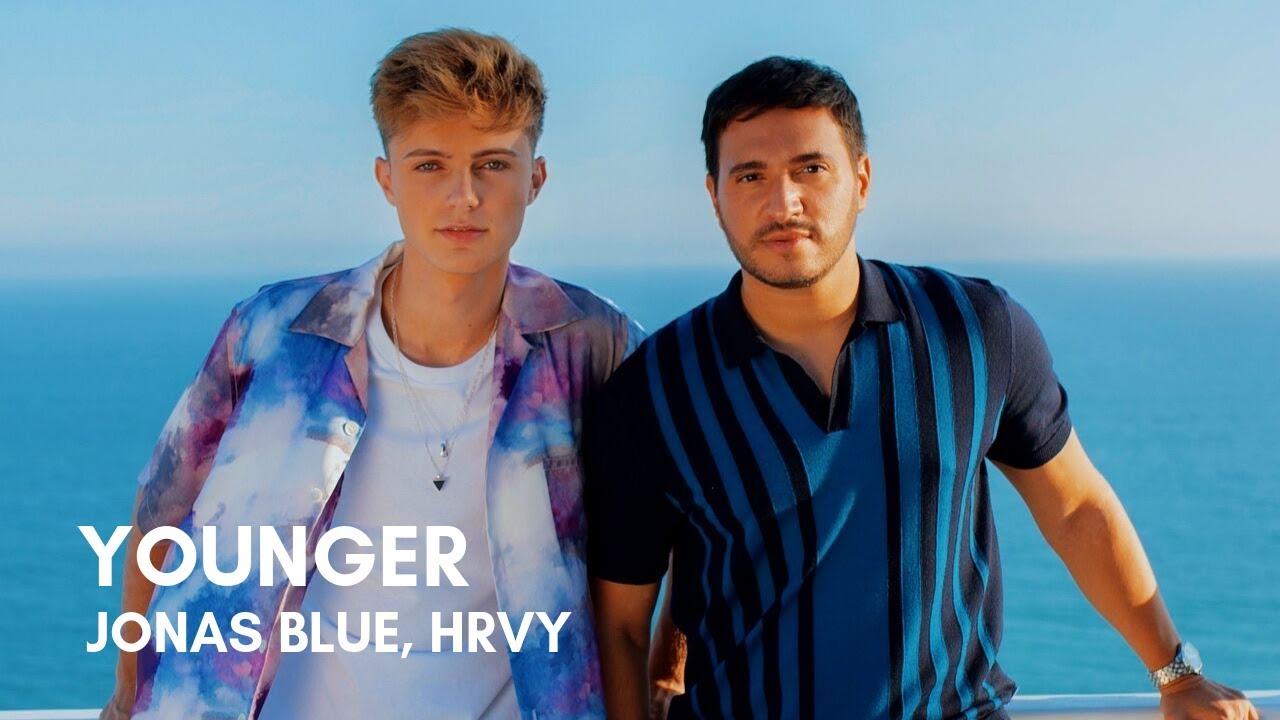 American filmmaker Daniel Carberry directed the music video. He has also worked with Justin Bieber, Usher, Thirty Seconds To Mars and Bruno Mars, and this is not the first time that Carberry and Jonas Blue have teamed up since they worked together on the youthful and care-free Video for “Wild”, with a youthful and care-free attitude video.

Shot in Malibu with enviable views of the ocean, the “Younger” Video sees HRVY and Jonas Blue enjoying the party with romantic moments giving you a forever young mood in a kind of summertime paradise. Previously, the duo have worked together on Jonas’s hits “Rise”, “Polaroid” and “Mama”. The songwriter behind Lewis Capaldi’s “Someone You Loved” Sam Roman also co-wrote “Younger”.

Jonas Blue career is rising slowly but powerfully. The singer that has turned into a mainstage DJ and pop powerhouse has platinum hit singles under his belt that have achieved over 45 million singles sales and over 8 billion global streams. Although HRVY is in his twenties, he has become a global star with more than 750 million combined streams to his name.

Watch the video for “Younger” below: