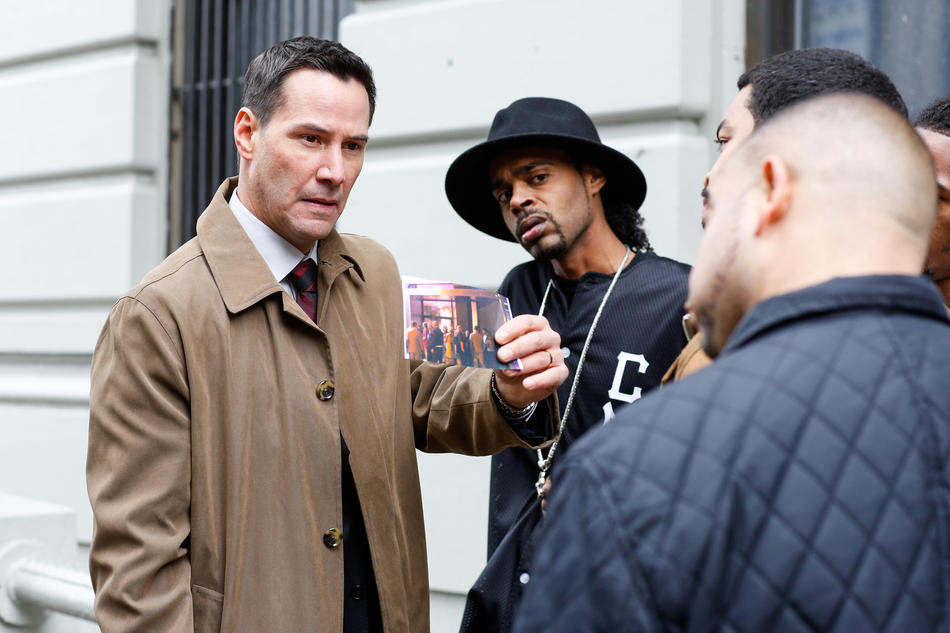 While Keanu Reeves is flexing his stunt action-filled performance in the John Wick sequel, he has another film for the obligatory middle age serious acting role to show everyone he can act. Exposed is a crime thriller in which Keanu plays Detective Scott Galban investigating his partner’s murder, Ana De Armas plays a latino woman who experiences supernatural visions after witnessing a miracle, perhaps these two things are connected perhaps you can figure it out in the newly released international trailer below:

This will be the first movie directed by Gee Malik Linton who’s also co-writing and producing the movie with Cassian Elwes, the film will also star Mira Sorvino. Not too much to look forward to here, it’s all pretty standard crime detective fare and lets face it Keanu Reeves hasn’t pulled an actual acting performance since… maybe the first Matrix but his best role is still Bill and Ted’s Bogus Journey, bar none. There’s no confirmed release date or film distributor for Exposed.