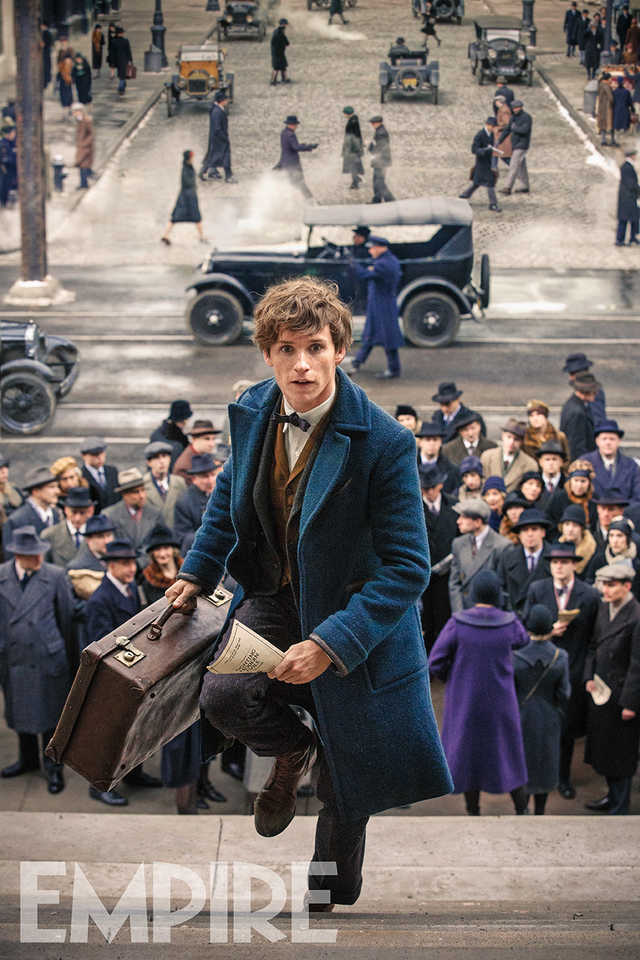 The ever excellent Empire magazine have released this exclusive image of Eddie Redmayne. The image shows the lead character, Newt Scamander, from the Harry Potter spin-off Fantastic Beasts and Where To Find Them.

“Newt is a magizoologist who’s just completed a global journey to find and document magical creatures for a book he plans on writing. His case is important because it contains some of the creatures he’s been researching. It may be small, but there’s a whole world within.”

The film hits cinemas November 18, 2016. The mix of magic and 1920s Jazz looks great. For more on the film check out the forthcoming February issue of Empire and remind yourself of the teaser trailer below.