Speaking with the press Peter Capaldi talked about his creative relationship with Doctor Who writer and show-runner Steven Moffat. He stated that Peter and Steven would sometimes have disagreement over what direction to take on Doctor Who but clarified that disagreements were strictly creative and helpful, not personal.

​”I think Steven’s fantastic and the team we have are fantastic, and to be honest my hands are pretty full just playing the Doctor, I trust Steven completely. I have my ideas about where we should go and what the character should be like, and generally we always agree on those“. 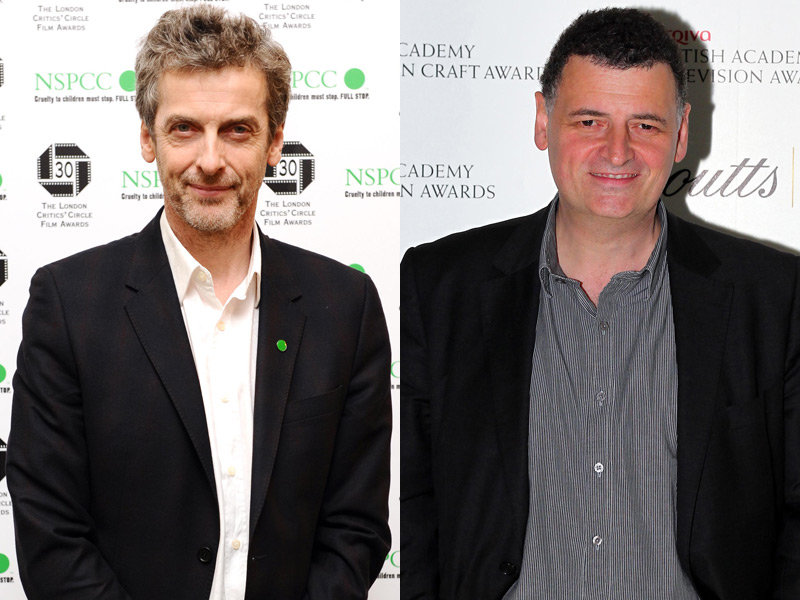 “Sometimes we don’t, but it all comes out in the wash and I think it’s good to have creative relationships when you can disagree with people“. Given the rabid fan-base for Doctor Who their wants and desires should also be met as Peter acknowledges. “I think everybody has their own idea of what Doctor Who is and it’s not the same – everybody doesn’t agree, and that’s the way it should be, so I’m not interested in sticking my oar in where it’s not necessary, but I will make my feelings felt if I feel it’s going in the wrong direction“.

With the arrival of the Christmas Special and another series of the show after the current one finishes, Peter and Steven won’t be going anywhere else and have all the time to refine Peter’s Doctor for quite a while. The show continues this Saturday (November 14) on BBC One.