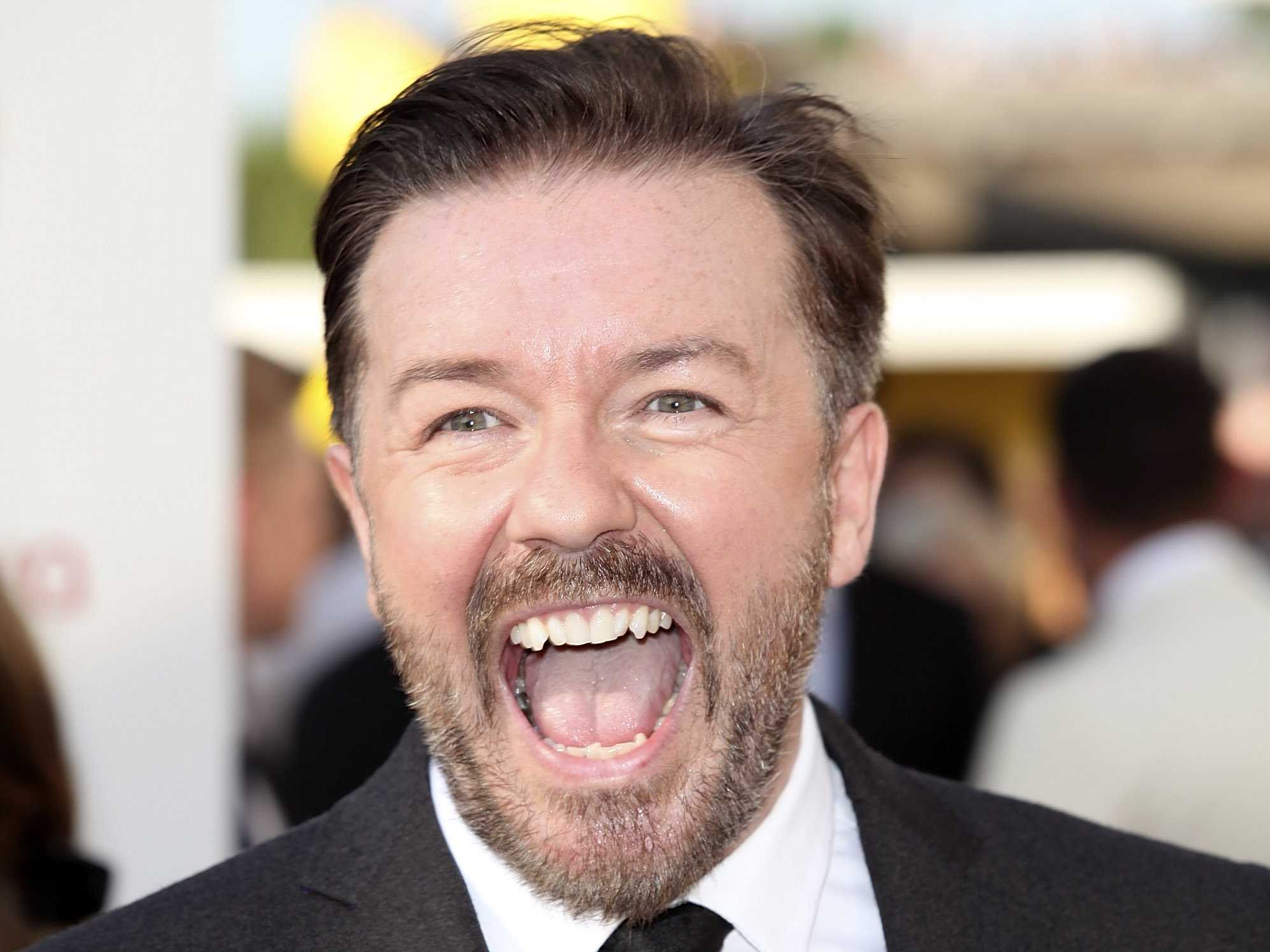 Only 1 week to go before the Golden Globe Awards ride into town again next Sunday (January 10) and host Ricky Gervais is already apologising – sort of – for his actions. In a post on Twitter, Gervais comes over all clairvoyant on us, saying that because he can see the future, he might as well say “sorry” now for the things he’s going to say. He adds he was “drunk” and didn’t give a…damn. Except that’s not quite the actual word he uses.

It will be the fourth time that Gervais has hosted the Golden Globes, although he admitted he initially said “no” when asked this time round. So, what was it that eventually persuaded Gervais to return? Was it the money, or the fame, or the glamour? No, it was being giving a free licence to say “whatever I want again”. Celebrities watch out, as this man takes no prisoners when it comes to tickling your funny bones.