‘The Beguiled’: Gender Dynamics Through A Gothic Spectrum | Film Review

‘The Beguiled’: Gender Dynamics Through A Gothic Spectrum | Film Review 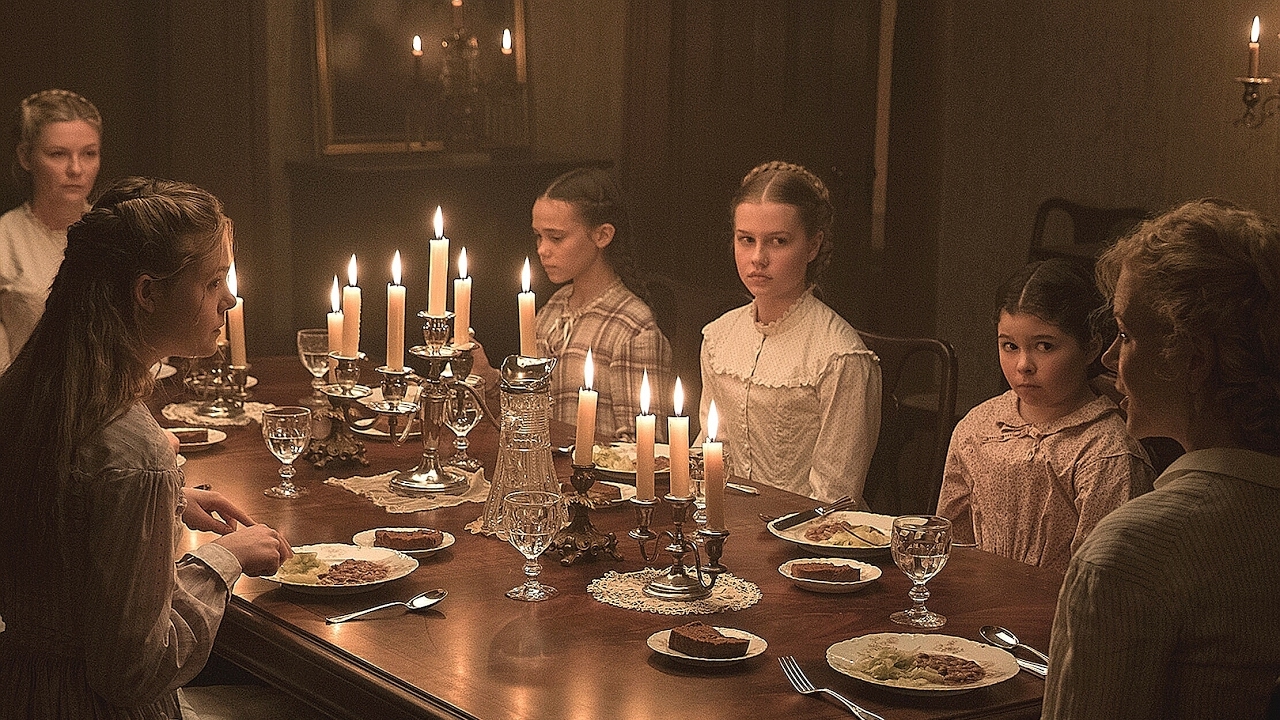 Following the unfairly negative reception towards her last two films – 2009’s Somewhere and 2013’s The Bling Ring – Sophia Coppola‘s The Beguiled will likely be heralded as a return to form for the auteur who holds the distinction as the first women to be nominated for Best Director at the Academy Awards (for 2003’s Lost In Translation).

Yet while The Beguiled is indeed excellent, it is merely a continuation of the themes and aesthetics that allowed Coppola to step out of her father’s shadow long ago and become one of the most vital contemporary directors working today.

As a reimagining of the 1971 film of the same name, The Beguiled retains some of the psychosexual themes from the original film, albeit with a slightly more toned down approach.

What Coppola turns up is the Gothic aesthetic, and the film is unsurprisingly shot exquisitely, often clouded in almost-darkness within the claustrophobia and whispered doom of the house, a place where an all-girls school is headed by Nicole Kidman‘s Martha Farnsworth during Civil War America.

Coppola and Director of Photography Philippe Le Sourd in many ways hide the camera, never indulging in ostentatious long takes or drawing overt attention to the aesthetic, which only makes the Gothic atmosphere of the house feel even more pronounced. Like the women within the house, we too feel closed off from the world and a little claustrophobic.

Yet this is never overtly commented upon by Coppola, who glides us around the house without explicitly showing us the exits or the layout. Naturally, candles are the only source of light, and contrasted with the girls’ buttoned up white dresses, it creates a film full of striking tableaux that’s easy to be whisked away by.

This is perhaps a step back towards 2006’s Marie Antoinette, where Coppola infused history with contemporary pop songs and iconography to eschew telling the well known tale about the titular infamous Queen, and instead invest her audience to relate to the 15-year-old girl quickly forced into royalty and finding their practices antiquated and ridiculous.

Here, the film doesn’t venture from its Civil War setting nor make much of a comment on it, though it does examine the gender dynamic through Colin Farrell’s vagrant wounded soldier who is taken into care by the somewhat uptight girls school.

The infliction of masculinity into the school creates a vibe that dances between sexually devious and dangerous, as many of the women seem enamoured with Farrell’s John McBurney, yet there remains a rigid sense of suspicion and suspense.

Where Coppola explicitly differs from the original 1971 film is that she films her version from the female perspective. Where the original film focused on male star Clint Eastwood’s point of view, here the women are who the audience witness proceedings through.

Thus, McBurney’s introduction and assimilation into the house puts the viewer in an on-edge state of unease, as if Coppola wishes to highlight the female reaction to a possible threat that the original film, and many other male-centric films, fail to comprehend. Despite McBurney’s injury, he’s still potentially dangerous and brief moments of bellowing and menace paint him as a genuine threat to the women despite his injury.

Coppola creates a film about women and seeks to elucidate the mindset that takes over when a man physically towers over them and could, if he chose to, overpower and hurt them.

It’s fitting that the original film starred Clint Eastwood in Farrell’s role – arguably the embodiment of pure, American masculinity during his heyday – while Coppola explicitly focuses her film on different generations of women seeking to survive a potential onslaught of toxic masculinity.

The film goes on to delve into moral issues within the group, but it’s interesting that Coppola was quoted as wanting to make a more optimistic film following 2013’s The Bling Ring. She said she wanted to “cleanse myself” from “such a tacky, ugly world”, which more clearly paints Coppola’s feelings toward the group of women and the strong, if dark, focus on them.

Following arguably three films which examined characters’ reactions to decadence and extravagance, The Beguiled often feels like a slightly simpler, more stripped down version of Coppola.

On the back of unassuming yet excellent performances from everyone involved, the film drifts by in a haze, only truly puncturing into the hearts of its audience during its brief moments of blood and suspense. Yet this is far from a criticism since Coppola, as usual, creates an intoxicating world where her themes and ideas are not overtly stated.

Ostensibly, the narrative is simple and effective, yet this is another excellent addition to her oeuvre that can be read multiple ways and will likely reward repeat viewings. It’s a testament to Coppola’s supreme talent that she can attack different ideas and create essentially disparate films within her catalogue, yet they all retain that distinct Coppola feel and straddle the same thematic through-line.

Whether diving into themes of isolation, ennui, moral decay, or celebrity, her films always come back to the connections – or lack of – between characters. The Beguiled, like the Coppola films which precede it, is about humans and the juxtaposition between the darkness and humanity deep within us.