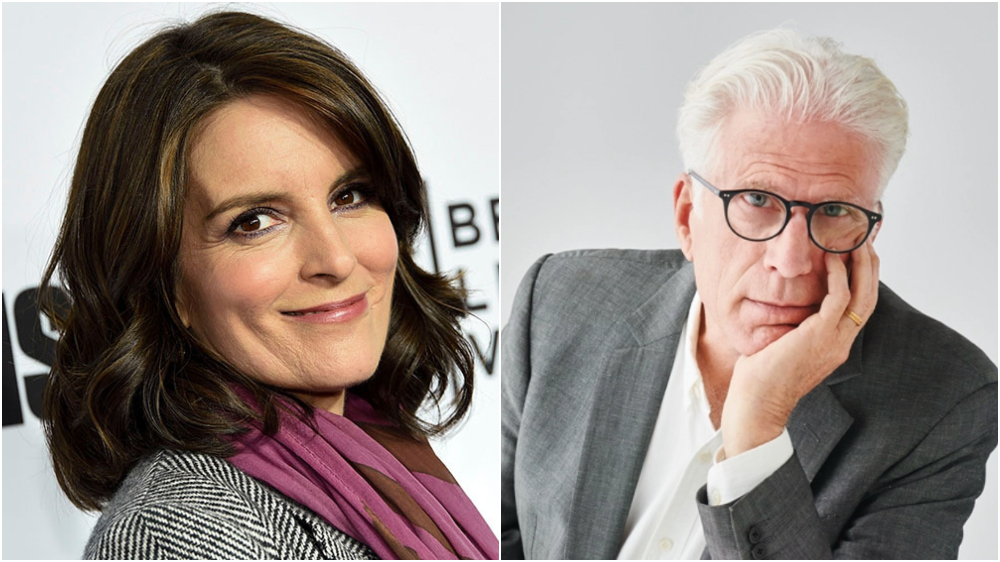 Sitcom veterans Tina Fey and Ted Danson are teaming up for an NBC comedy. The network has already given the series a 13-episode order in a clear vote of confidence, and why wouldn’t they? The duo have almost a dozen Emmys between them.

Danson will star as a wealthy businessman who runs for Mayor of Los Angeles for all the wrong reasons. But once he wins, he has to figure out what he actually stands for, gain the respect of his staff, and gain control of the coyote population, all while trying to connect with his teenage daughter.

Fey will write and produce the series alongside Robert Carlock, who she previously worked with on 30 Rock and Unbreakable Kimmy Schmidt. Fey and Carlock said in a joint statement: “We are thrilled to be back home at NBC and writing for one of the network’s greatest stars of all time, Mary Steenburgen‘s husband, Ted”.

NBC co-chairmen George Cheeks and Paul Telegdy added: “We are so excited that this is the first NBC show we get to greenlight straight-to-series. It’s with talent that we know and love and who have worked on some of the most beloved shows in our network’s history. We can’t wait”.

Danson recently earned another Emmy nomination for his work on The Good Place, which is entering its fourth and final season. Fey recently appeared in friend Amy Poehler‘s directorial debut, Wine Country.

The sitcom remains untitled for now. Although the premise sounds like your standard fare, with these two involved it’s going to be worth checking out.