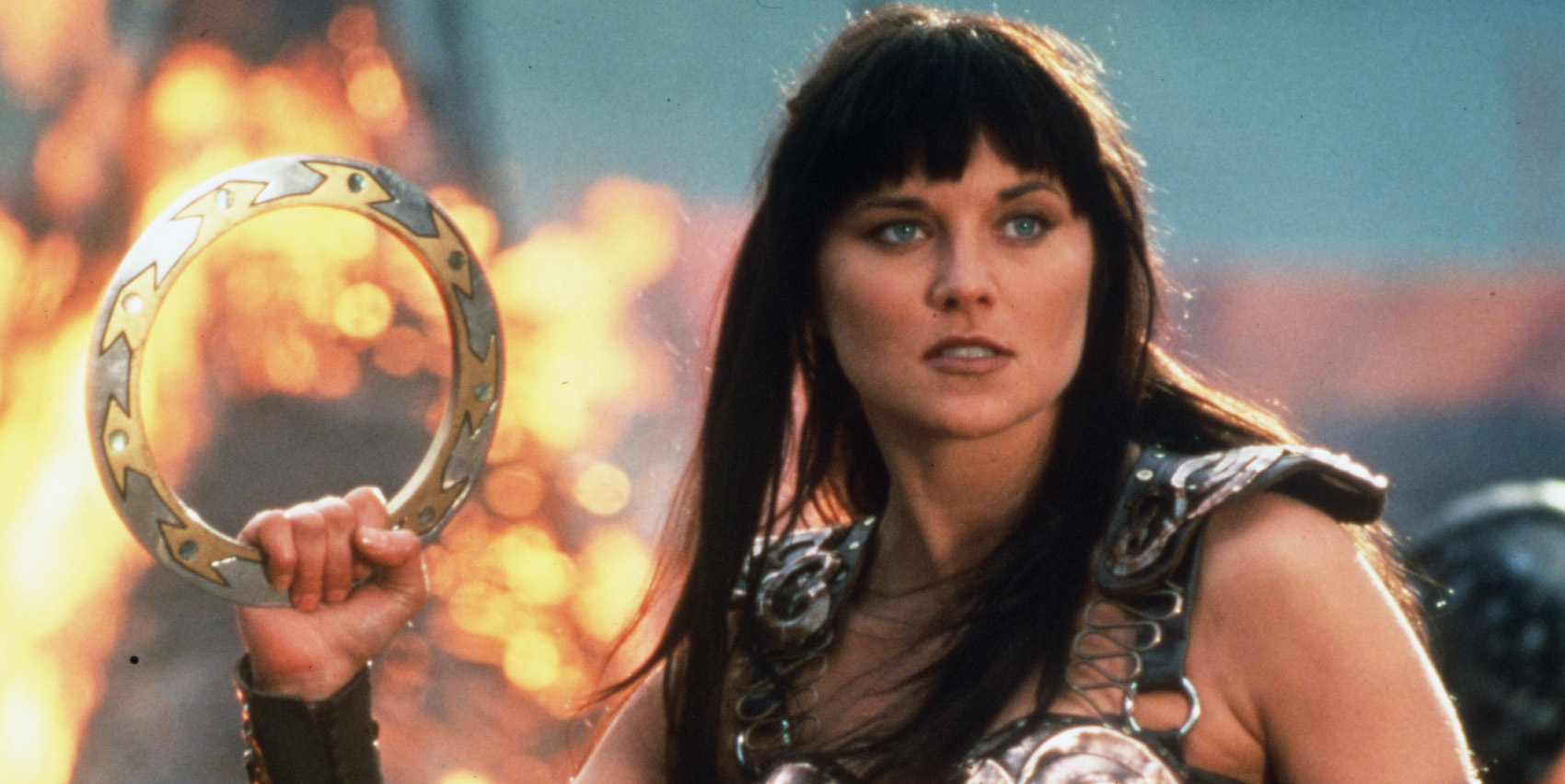 After months of wondering whether the announced reboot of 90s phenomenon Xena: Warrior Princess is actually going to go ahead, NBC has announced that Lost alum Javier Grillo Marxuach has signed on to write the script and co exec produce, along with co-creator Rob Tapert and Sam Raimi.

According to the interview in The Hollywood Reporter, the plan is to get a new actress to play Xena “for a new generation”. I wonder, will she have an iPhone instead of a chakram? A semi-automatic instead of a sword? Will she be skype calling Gabrielle from whatever version of Heaven she’s in? I just don’t personally understand why NBC thinks the fans are looking for a new direction when the only reason it is even getting remade is because the fans, Xenites, have been so active and vocal about bringing it back.

Facebook fan movement Xena Movie Campaign, established in 2011, have been the ones really at the forefront of getting Xena revived (perhaps even literally, given the finale episode back in 2001). And if we are to believe, as we should, that the aggressive rebooting of franchises going on at the moment (Girl Meets World, Fuller House, The X Files etc.) is to satisfy the fans’ demand for it, my question to NBC about the Xena reboot is this: why are you trying to give us what we want, without actually giving us what we want? We want the revival, not the reboot. We do want a Xena for a new generation, but we want Lucy Lawless and Renee O’Connor back – and Lawless has told fans via interview before that she would be on board with this.

Some believe it may have something to do with sexism in the film industry. NYTimes touched on this issue in an interview with Lawless last month, in that despite Sylvester Stallone and Arnold Swarzenegger reprising their most iconic kick-ass roles into their 60s, Lawless at 47 is too old to play Xena. Yeah, that makes sense. Whether wholly the case or not, I think this argument is too resonant to ignore, given what we know of how Hollywood doesn’t expect women to age.

And now, in consideration of the hard-ass I am about writers and storylines, all I can say to Javier Grillo-Marxuach is: good luck. As with any reboot show, the fans will have crazy expectations, especially the ones who have been lobbying for this for so long. But if it’s any reassurance, from the look of this guy’s credits on IMDb, maybe it isn’t completely hopeless, even with a new Xena and Gabrielle. I mean, he clocked out of Lost before it got atrocious. He wrote many an episode of Charmed, the early years, all episodes I enjoyed, and he wrote for Medium; the latter two shows being known for their strong female characters. I hope, for the sake of Xenites everywhere, that he can do credit to perhaps the two most iconic female heroes of the 90s. No pressure, dude.