We all have heard about the Cambridge Analytica scandal which came to light in early 2018 but in a recent sit down with the former director of the infamous consulting firm Christopher Wylie, he goes into detail on the intervention that the firm should do.

In the first place he explained how he first got wind of the big scoop about Facebook. He told the audience that he was looking for a method used by terrorists for recruitment. Doing so, he then realised that this kinds of methods were also used, with the help of Facebook, for presidential elections.

The shock did not last long because he was being threatened by Facebook managers and the press. Fortunately, as he thanked during the sit down, he was surrounded by a wonderful team that helped him legally to pass through the threats.

He underlined more time how important it is to be knowledgeable in a democracy, something he believes was not so much the case during the US elections. He chose to hold his sit down in Florence because he thinks that Italy may fare the same fate as well.

Is the work of Cambridge Analytica done? Christopher Wyle does not think so because every time a politician uses fake news or social media in a negative way to spread hate speech, there must be someone in order to regulate and control. 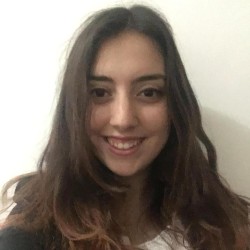