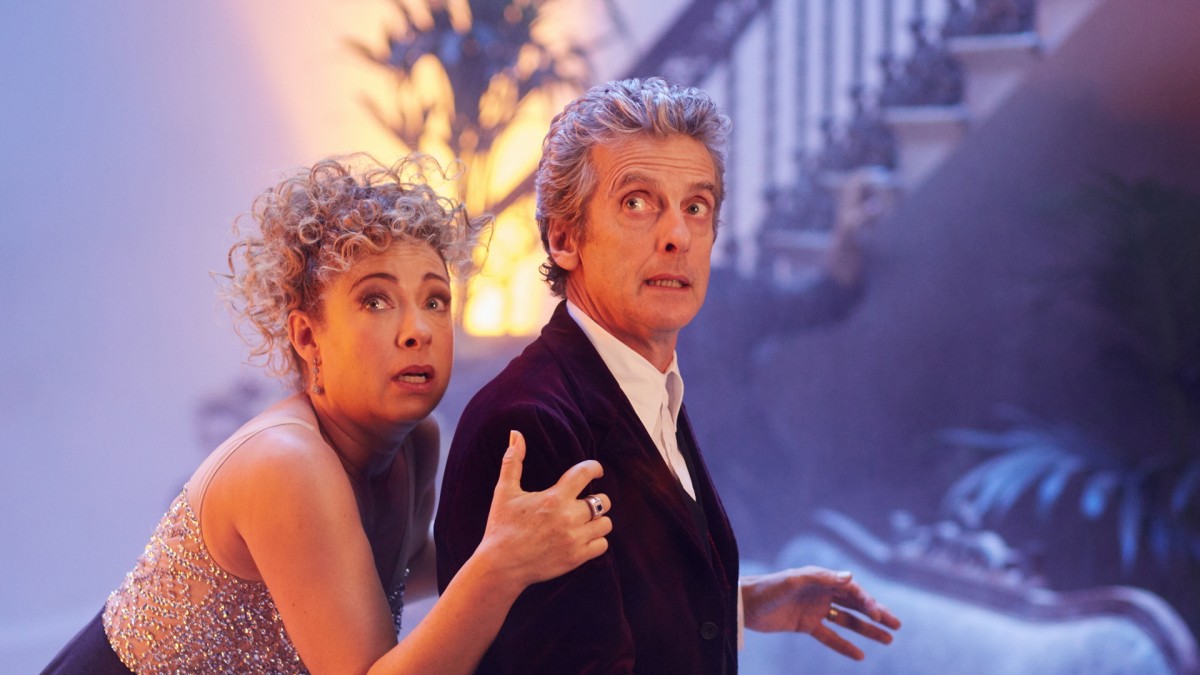 Christmas Day is not complete without eating far too much and then settling down for a festive special of everyone’s favourite timelord. The Christmas specials are typically lighter with a more fun tone apart from the recent Matt Smith regeneration that was a turgid and unnecessarily complex mess.

Given the horror inflected tone of the recent series, a frothy festive episode was expected and that is what we got including snowy opening credits. After Peter Capaldi‘s recent dramatic performances, the Christmas episode allows him to flex his comedy muscles. The episode is engineered for one excellent comedy sequence where the Doctor walks into the Tardis and his reaction to it being bigger on the inside.

The episode maintains for longer than expected, that the returning River Song (Alex Kingston) doesn’t recognise the new incarnation of the Doctor to great effect. There are some lovely moments where she has pictures of all the doctor’s faces and the moment of realisation is fun, as this time the Doctor gets to say:

Steven Moffat clearly enjoyed writing this episode, especially the River Song character, and the element of fun is at the forefront. The mandatory Christmas celebratory appearances include Greg Davies in the role of the talking Head King Hydroflax and a underused Matt Lucas but the episode is about the Doctor and River.

Capaldi and Kingston have a lovely chemistry and interaction as River’s character enjoys what is effectively a victory lap as her story felt complete before this epsiode. So an enjoyable and lighter episode than the rest of the series, with another outstanding Capaldi performance. Not a classic episode but a nice sign off from a strong year for Doctor Who.