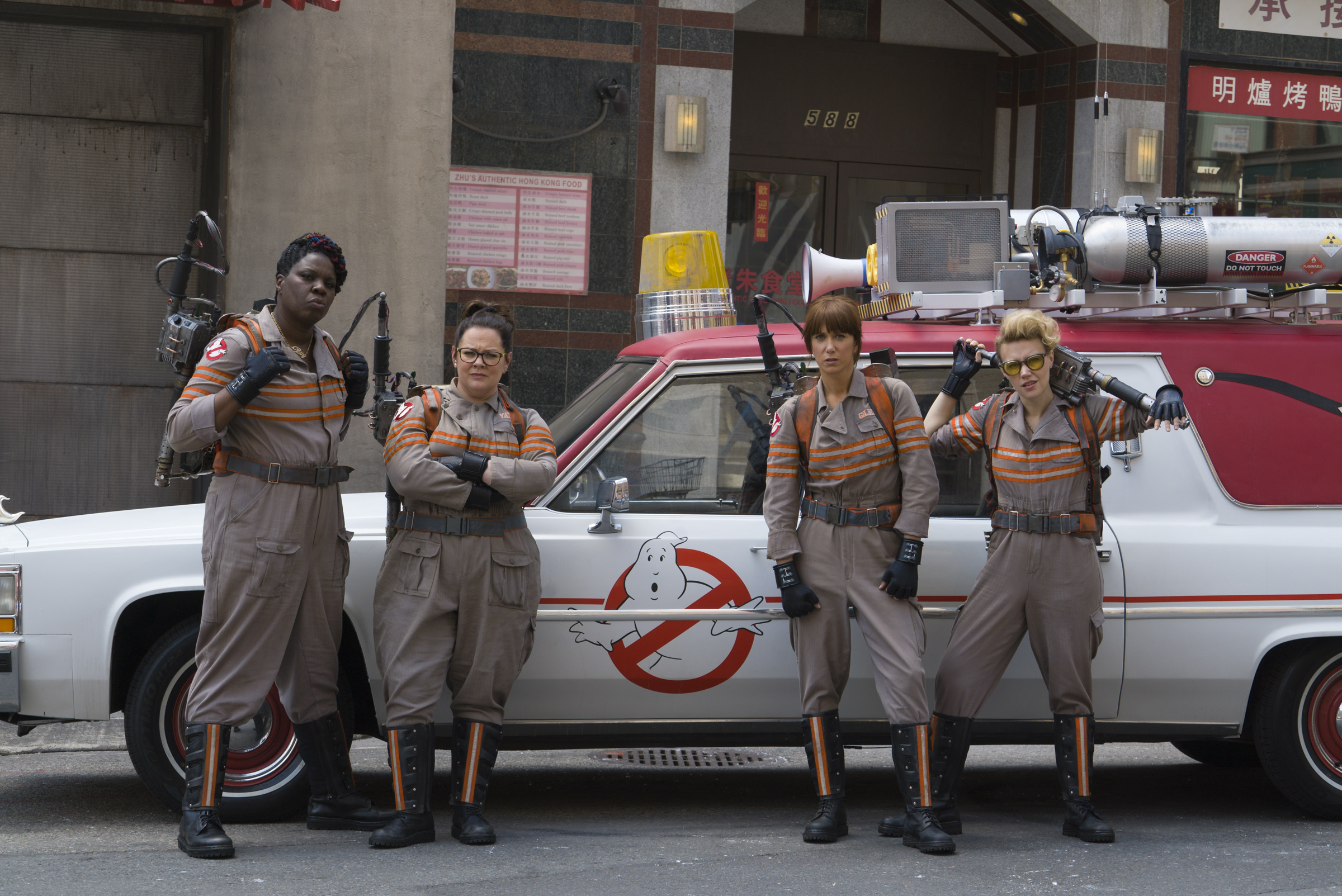 We’ve already been given several badass photos of our Ghostbusters posing in their getup, but we haven’t seen them in action – until now. Once again, Entertainment Weekly, has come through for us, delivering another exclusive glimpse of our leading ladies. In the new image we see our fearless heroines Melissa McCarthy, Kristen Wiig, Leslie Jones and Kate McKinnon take the fight to the streets of New York.

They are dressed to bust some ass and make it perfectly clear that nothing can distract them from their mission – not even a turned-over fire truck. In addition to this epic photo, we’ve been handed some interesting plot details. Apparently, the Ghostbusters will be going head to head with New York’s criminal past. “Pilgrims, old-­timey sailors, Revolutionary War spirits, and even a couple of zoot­-suited gangsters are ready to take on four formidable female busters looking to rid the city of its phantasmic filth”. This just adds to my excitement, and makes me crave a teaser trailer even more. Ghostbusters opens July 15, 2016.

Exclusive: The new #Ghostbusters will be facing some all-time bad guys: https://t.co/DWe1dMvFXK pic.twitter.com/0SY2eRpOGM