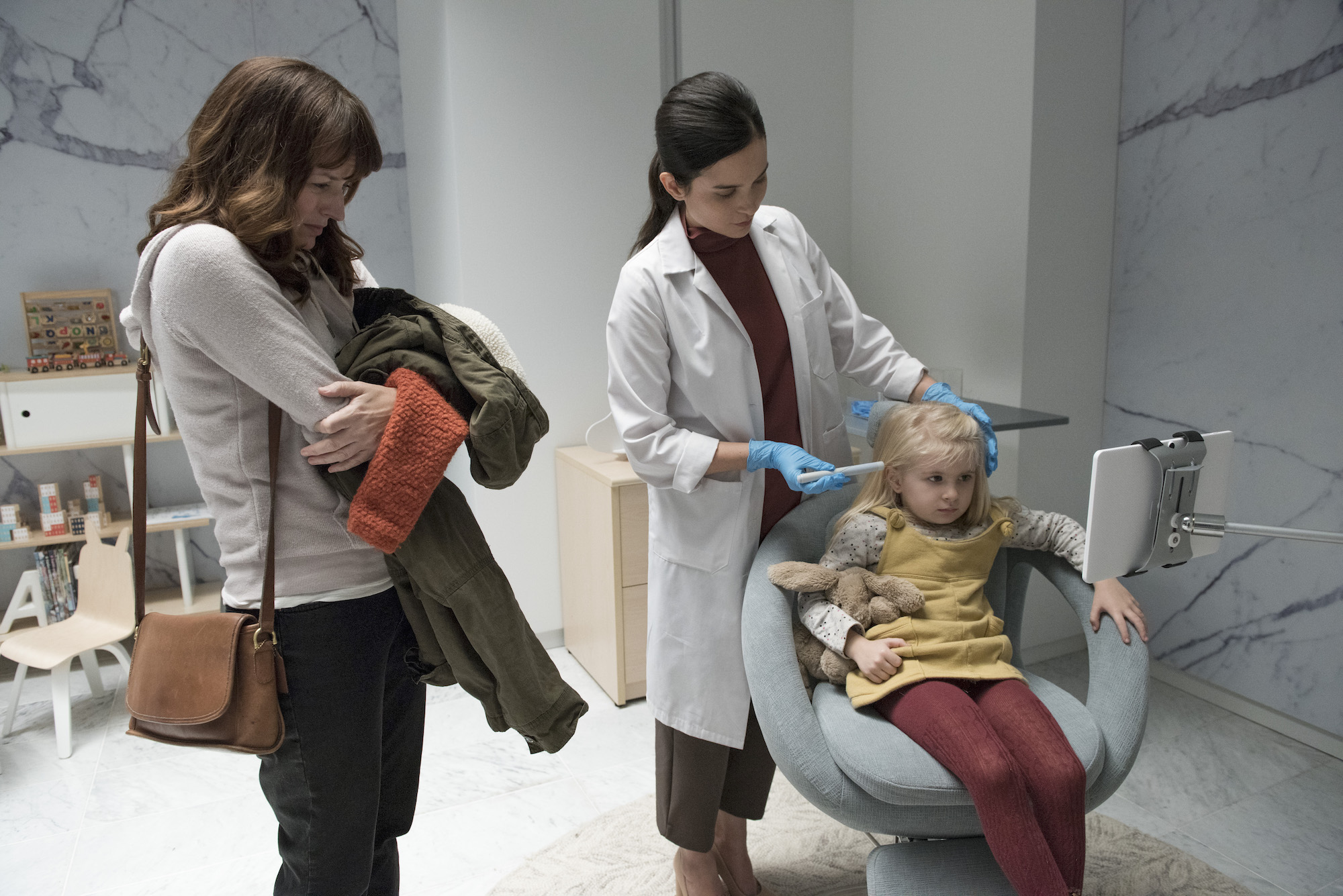 Have you watched Black Mirror Season 3? This weekend Netflix have announced the upcoming season 4 with an amazing new teaser. Even if there is not any official information about the release date, there are strong rumors saying that it should out be early next year.

These upcoming episodes of season 4, created by Charlie Brooker, were shot alongside the first six of the previous season, unveiled during the autumn of 2016. Indeed this last August, Netflix dropped off a trailer where it presented all the titles for the upcoming season which are: ‘Crocodile‘, ‘Arkangel‘, ‘Hang the DJ‘, ‘USS Callister‘, ‘Metalhead‘ and ‘Black Museum‘.

Two days ago, the new teaser related to the specific episode ‘Arkangel’ was released. Directed by the famous actress Jodie Foster, it features Rosemarie DeWitt playing the role of a mother, who after having been scared of losing her daughter Sarah at the park, agrees to have her daughter implanted with some sort of microchip, probably called Arkangel, which will help parents to get easier control of their own children. ‘The key to good parenting is control’.

We are looking forward to watching this new season, watch the newly released teaser below: