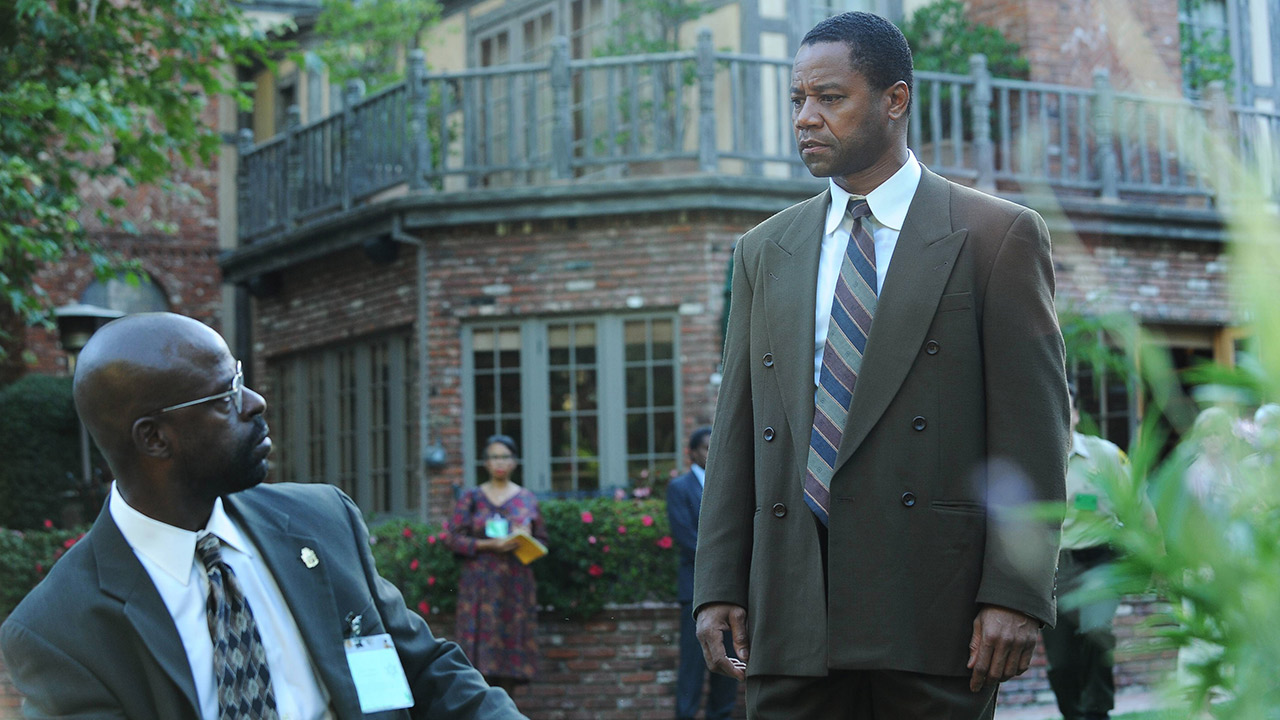 The possible flaws within the prosecution are slowly coming to the surface. This is more to do with Detective Mark Fuhrman who discovered some of the key evidence that will be used by the prosecution; as well as prosecution selection and the dirty tactics used by Johnnie Cochran.

Marcia Clark and Chris Darden are doing everything they can to bring OJ to justice. It is clear from this episode that had Robert Shapiro not been overruled by his fellow defence team, OJ would have been convicted.

This week the prosecution feel the power of Cochran and his speeches accusing the LA PD of being racist. This is not helped at all by Fuhrman, who has a history of possible racist behaviour.The end of this particular episode heavily suggests this to be true.

Marcia Clark and Chris Darden really come across well in the series. They are people that genuinely want justice. They don’t care who OJ is, they look at the facts and the evidence in front of them. Chris Darden has been promoted to co-prosecutor in the place of Bill Hodgman (Christian Clemenson).

Chris immediately faces antagonism from Cochran, who is playing very clever mind games with everyone. The series is at the half way stage and becoming more frustrating to watch as the audience slowly sees how Simpson got away with murder.

According to an interview with the real Marcia Clark, she has said that the series has followed very accurately what actually happened over the course of the trial. This is reassuring to hear because there’s nothing worse than a series like this fabricating and exaggerating the truth. The viewers watching this programme are probably watching it because they want to understand the trial, they are not interested in soap opera dramas.

“We have motive, evidence and opportunity”.