New York streetwear brand Supreme have teamed with Swarovski to celebrate its 25th anniversary with glistening Box Logo T-shirts and hoodies. Celebrating a quarter-century of all things, the iconic brand is introducing a little sparkle to its latest box logo via a new collaboration with Swarovski.

Supreme confirmed the collaboration with Swarovski, posting the images of a tee with the box logo embellished with brilliant stones worn no less than by Larry Clark, director of Kids
, a film that became the symbol and the poster from the 90s skate culture, years in which Supreme New York was still an underground brand for skateboarders.

T-shirts were offered in classic red-on-white, black-on-black and red-on-red, while hoodies utilized the same two makeups alongside heather gray and navy iterations. The bedazzled box logo, which features on T-shirts and hoodies, is made of 1,201 crystal pieces on the hoodie logo and 1,161 on the tees. All crystals have been applied by hand in New York.

The collection was released yesterday April 25 and will reach Japan on April 27. You can buy it at Supreme online and in New York, Brooklyn, Los Angeles, London and Paris stores. As both items sold out at Supreme in a hurry, you’ll have to hit up resellers with hopes of landing one. In the meantime, get up close with the complete Supreme Swarovski 25th anniversary collection below. 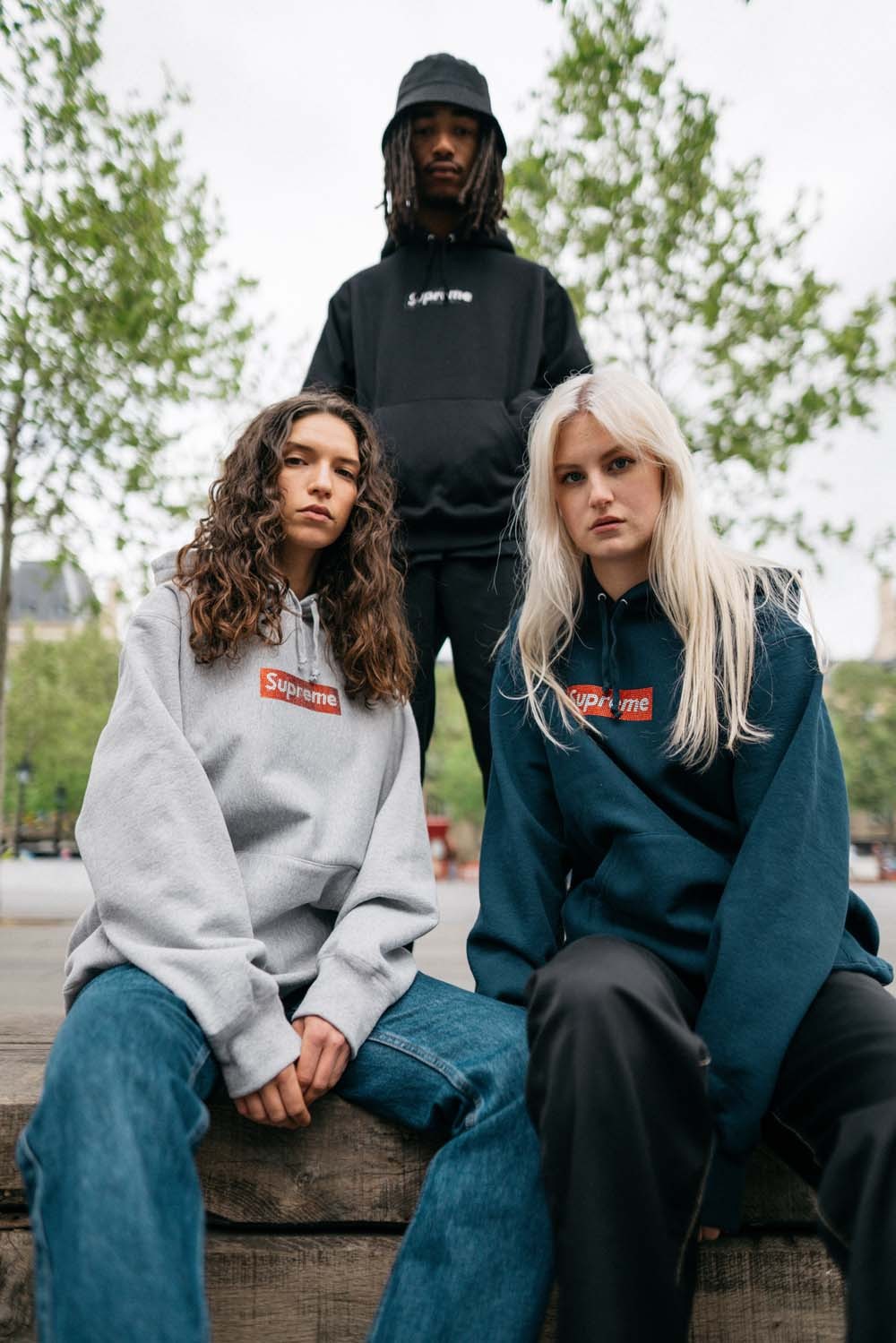 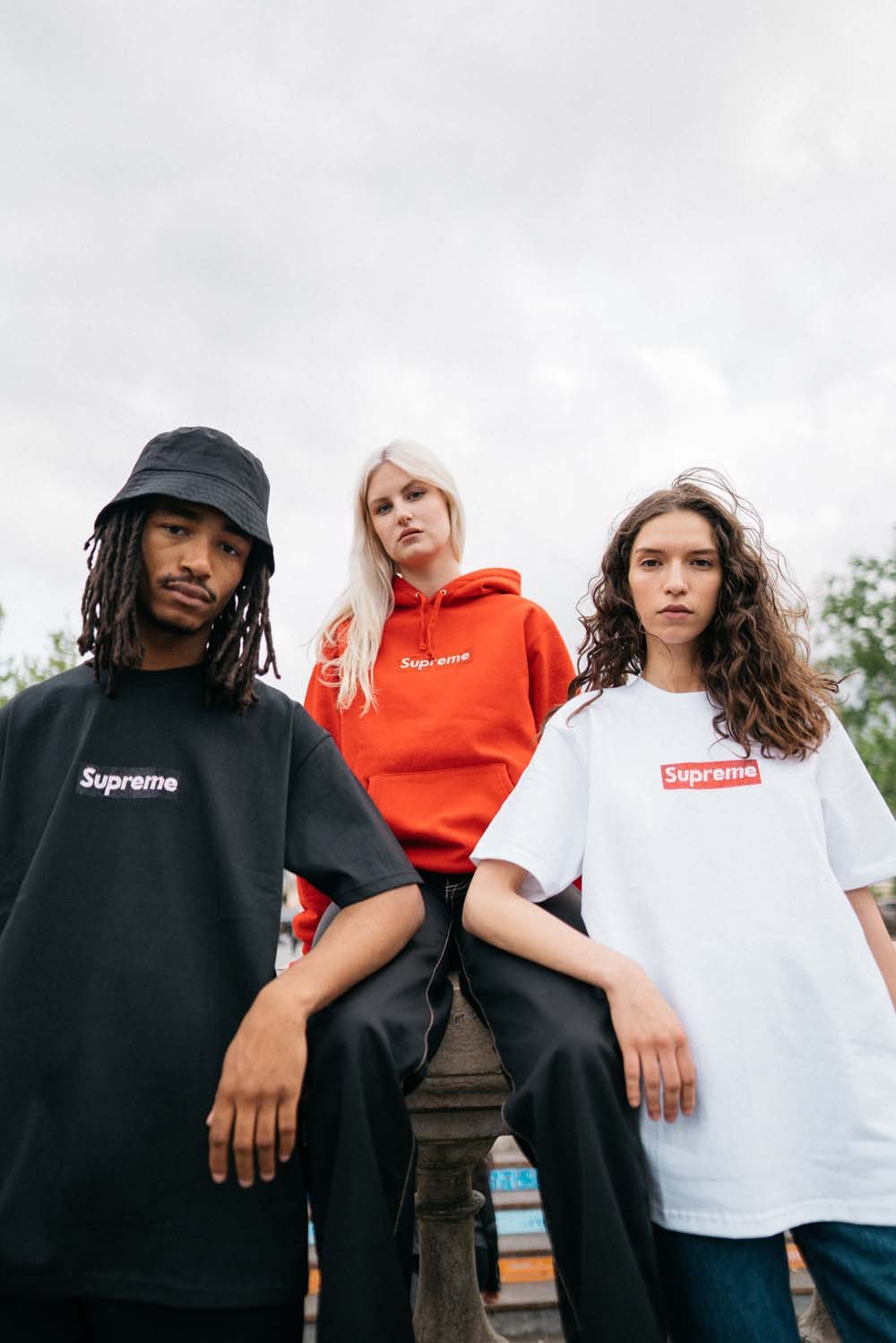 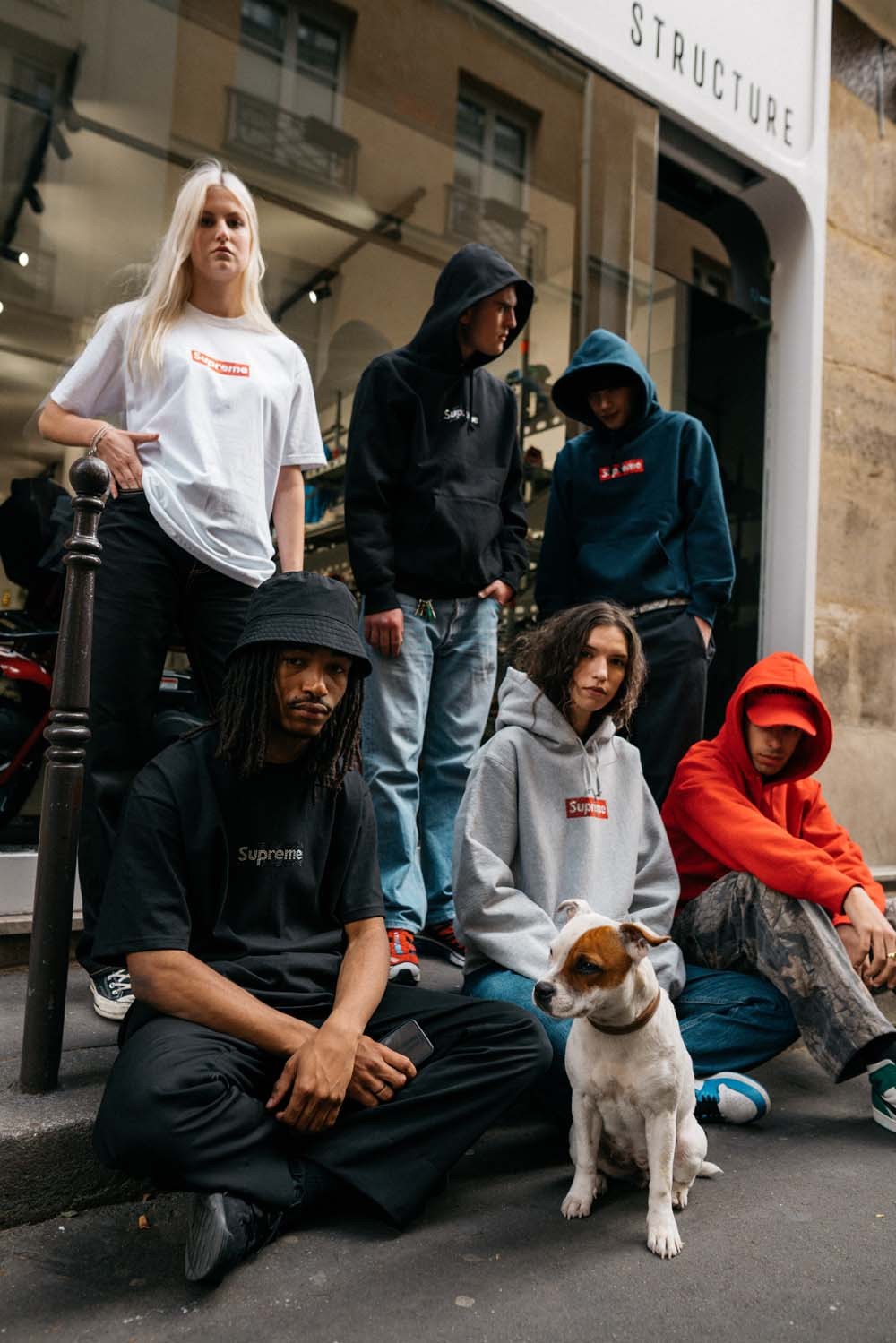 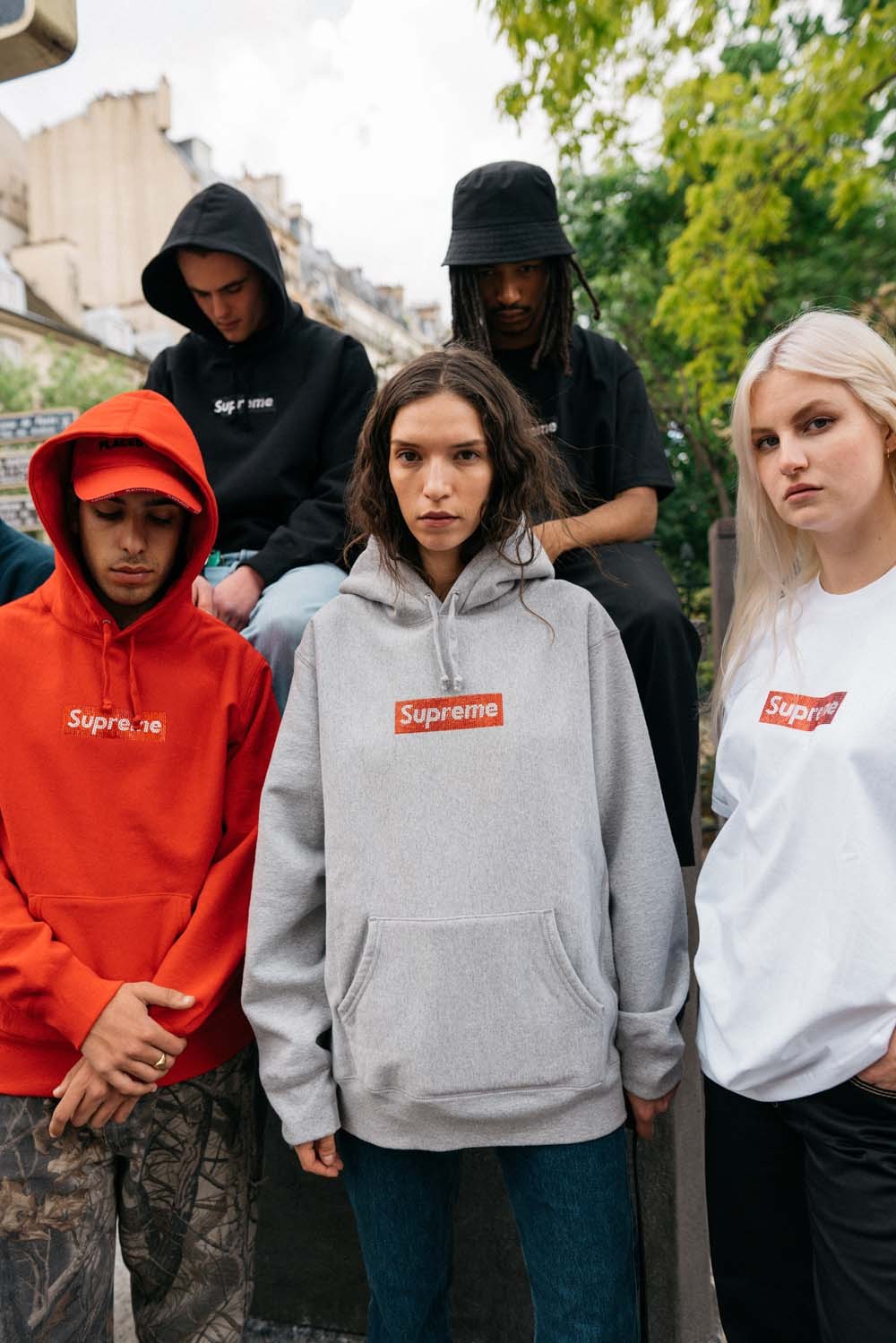 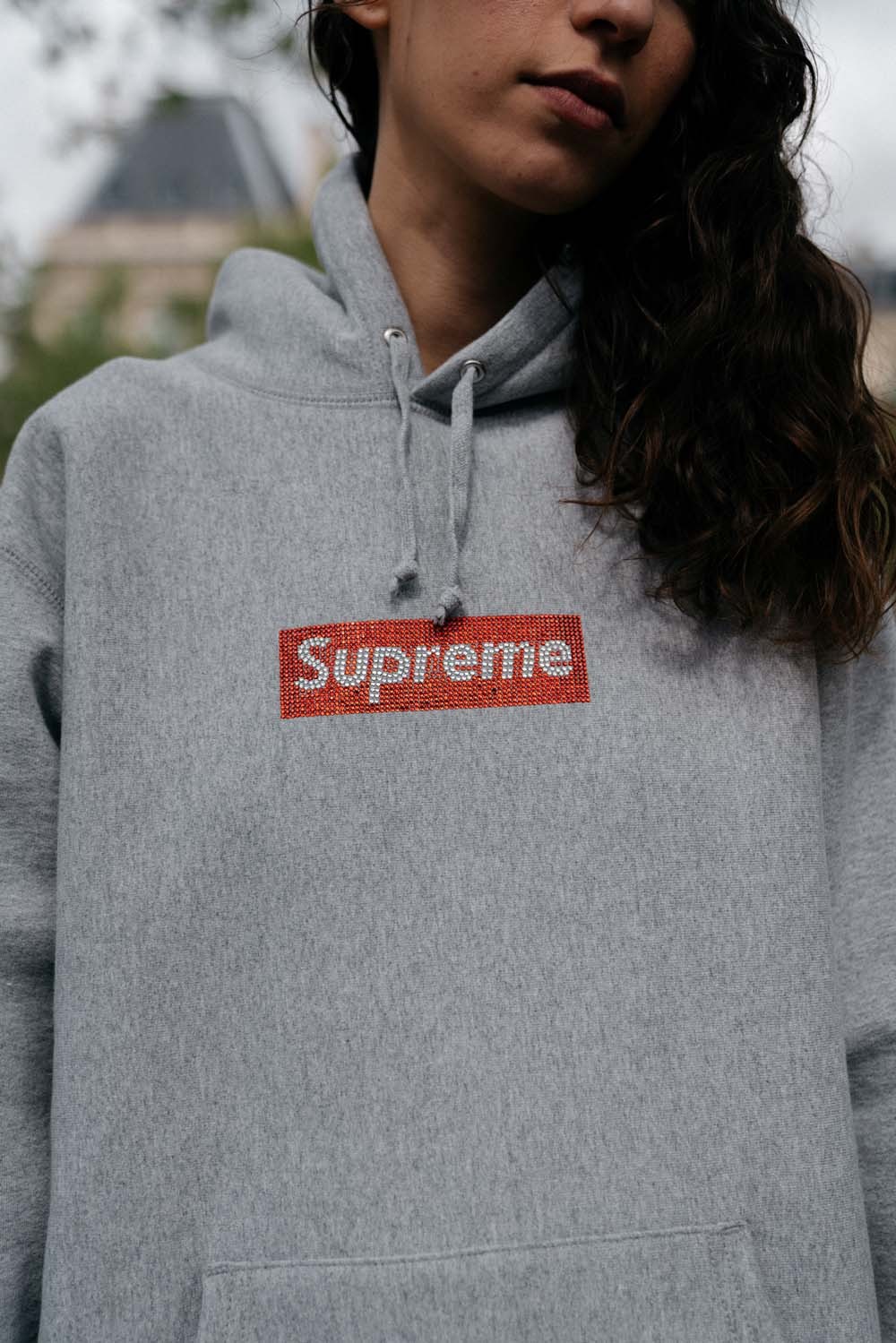 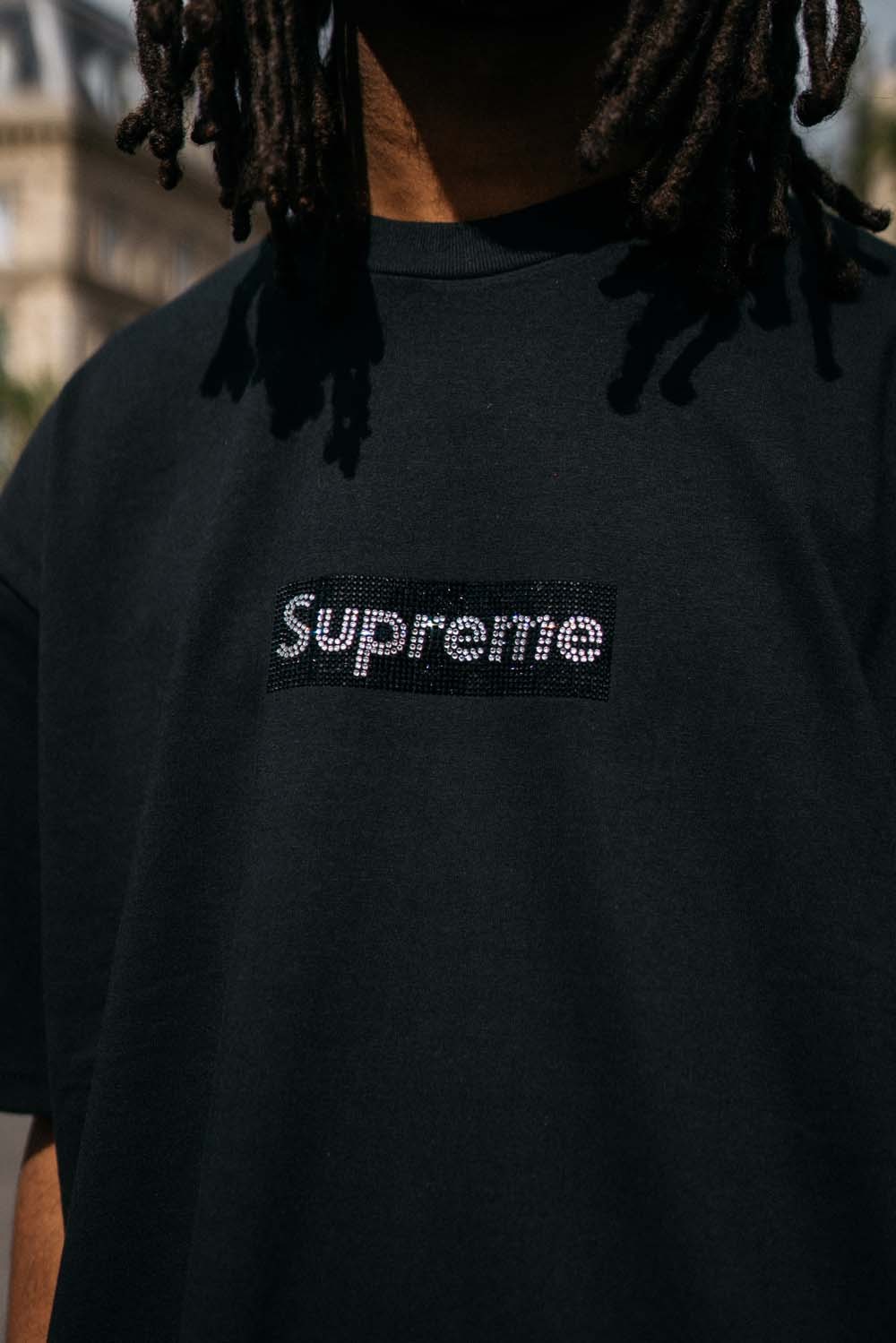 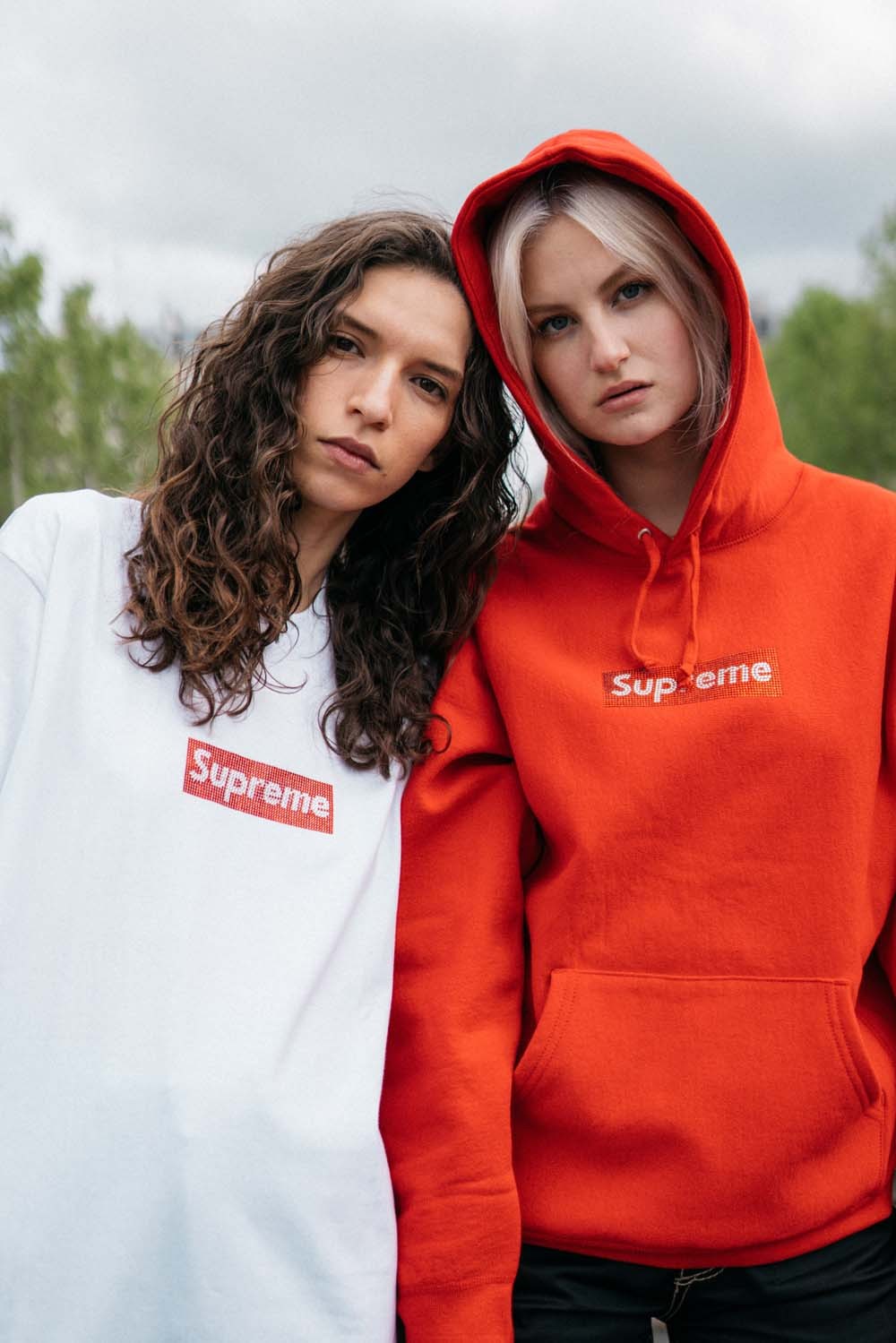 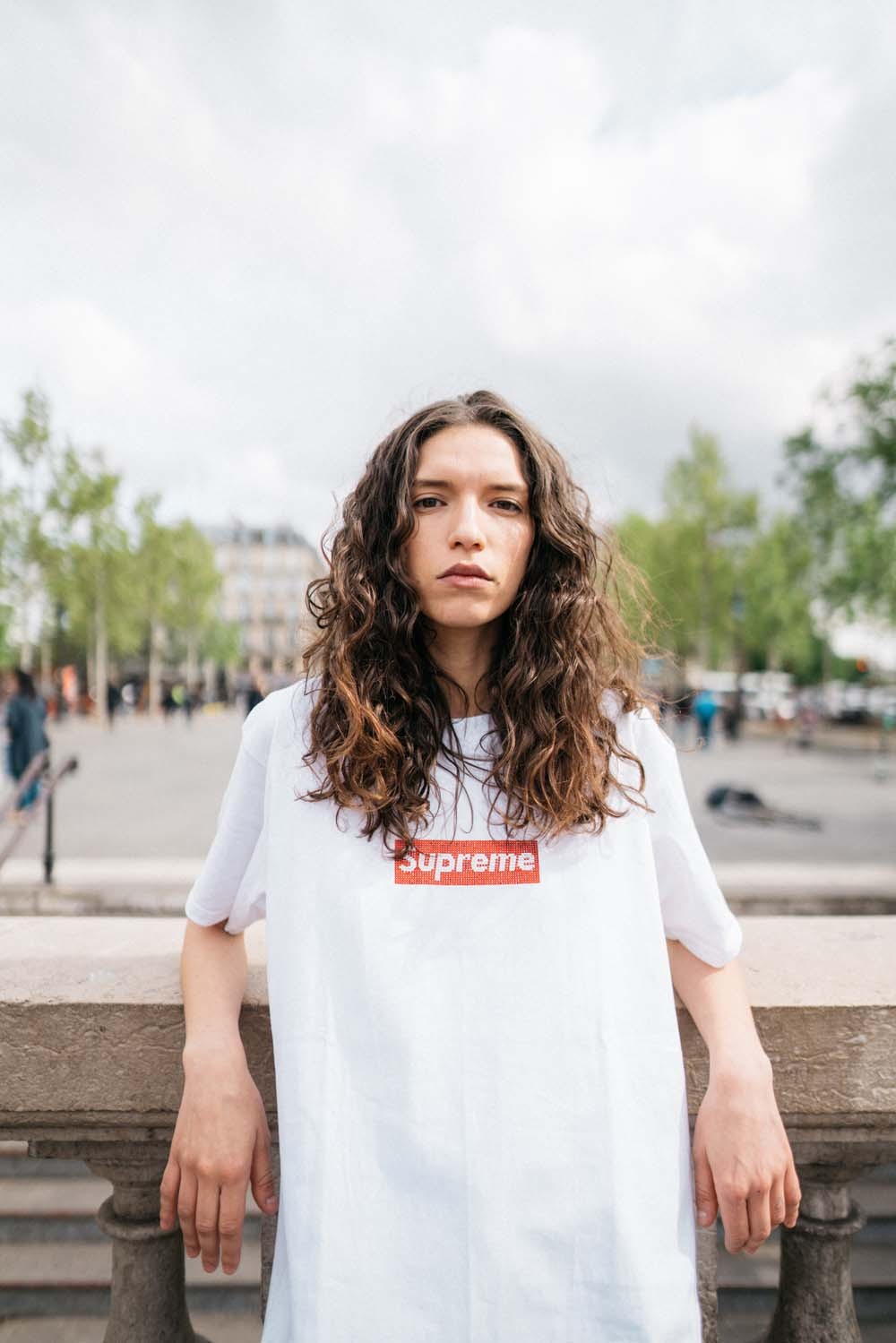 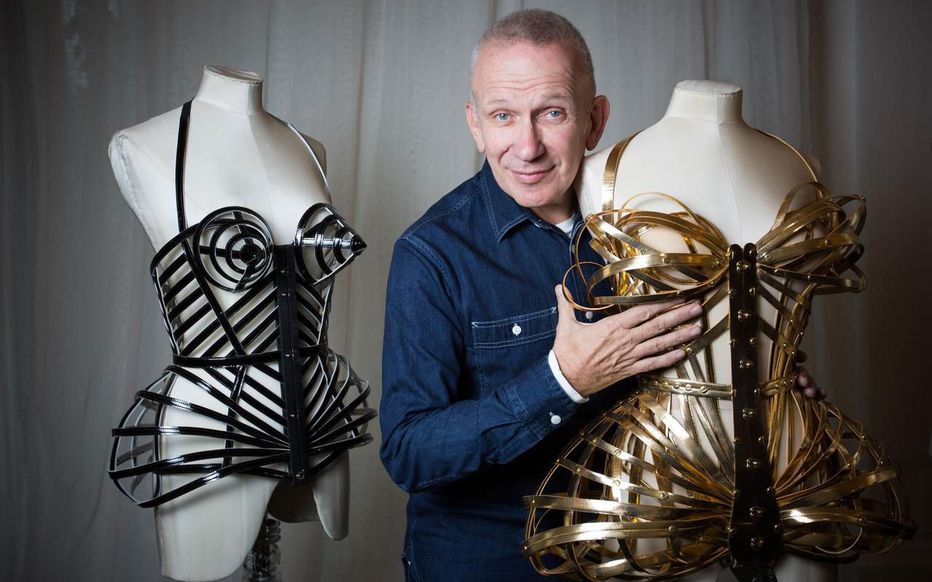 Read More
The fashion world’s enfant terrible Jean Paul Gaultier announced on Wednesday that it is returning to ready-to-wear.… 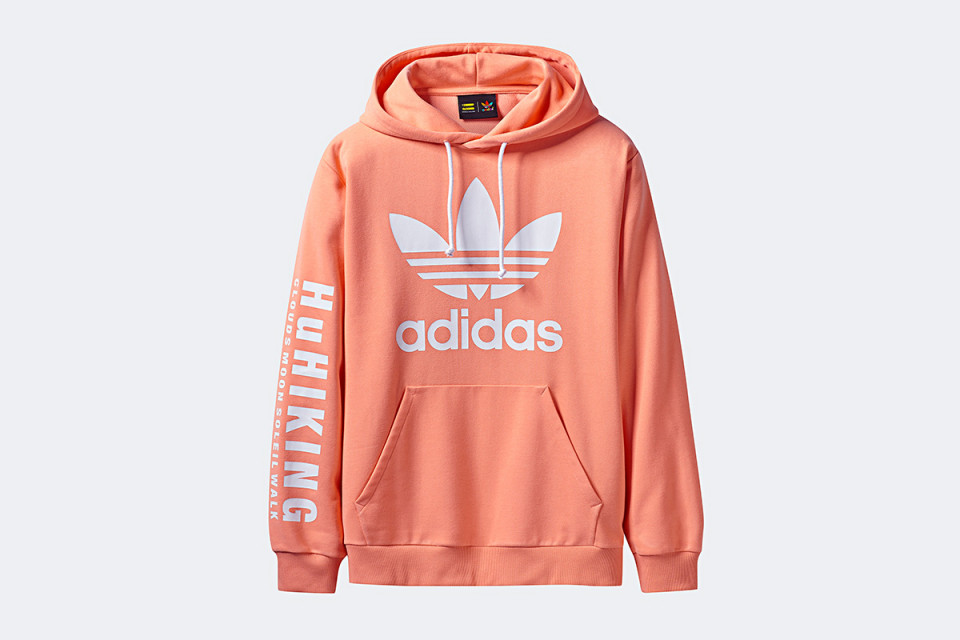 Read More
Pharrell and Adidas Originals are finally out with their colourful hiking influenced collection FW17 Hu Hiking. The… 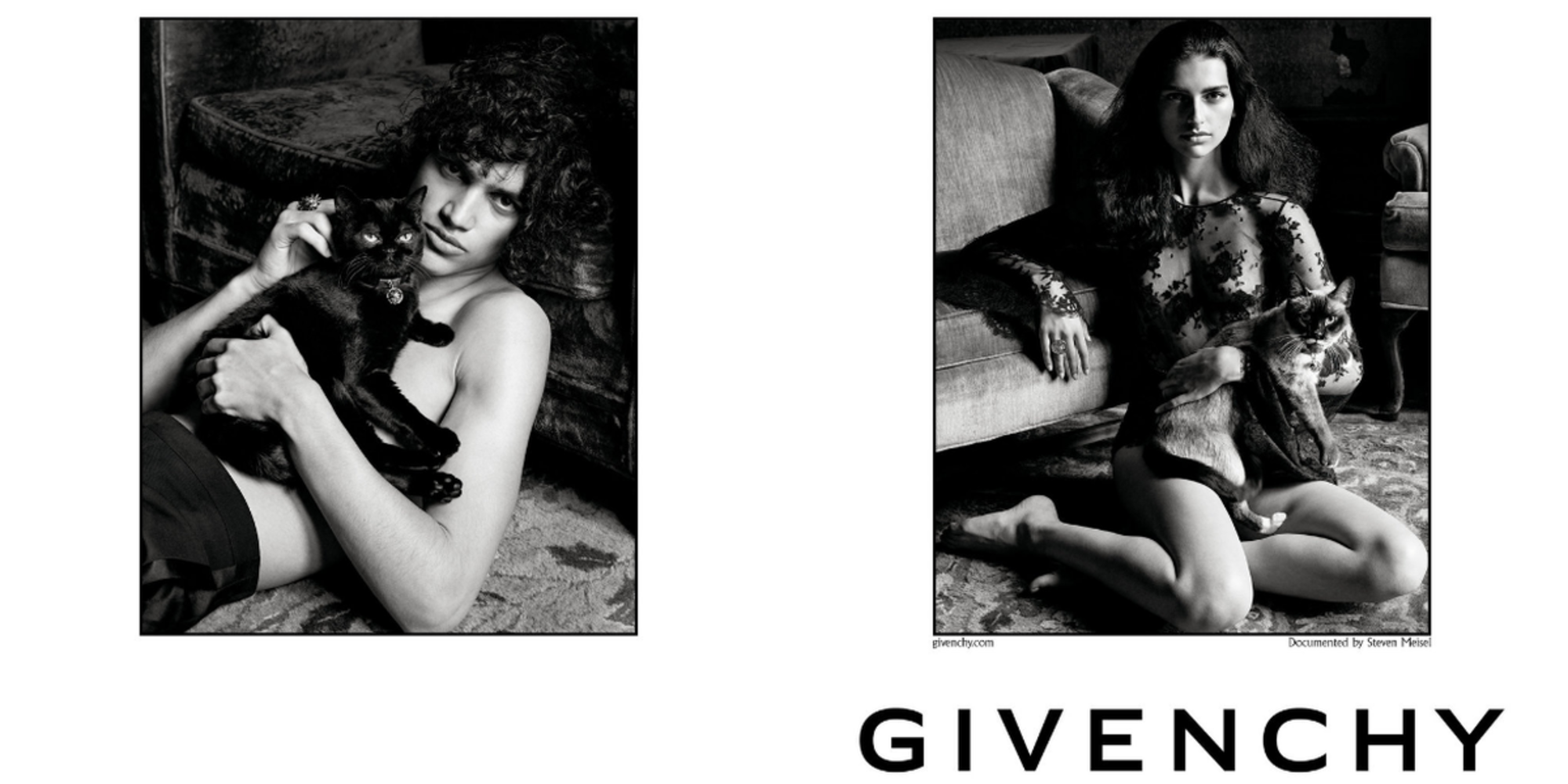 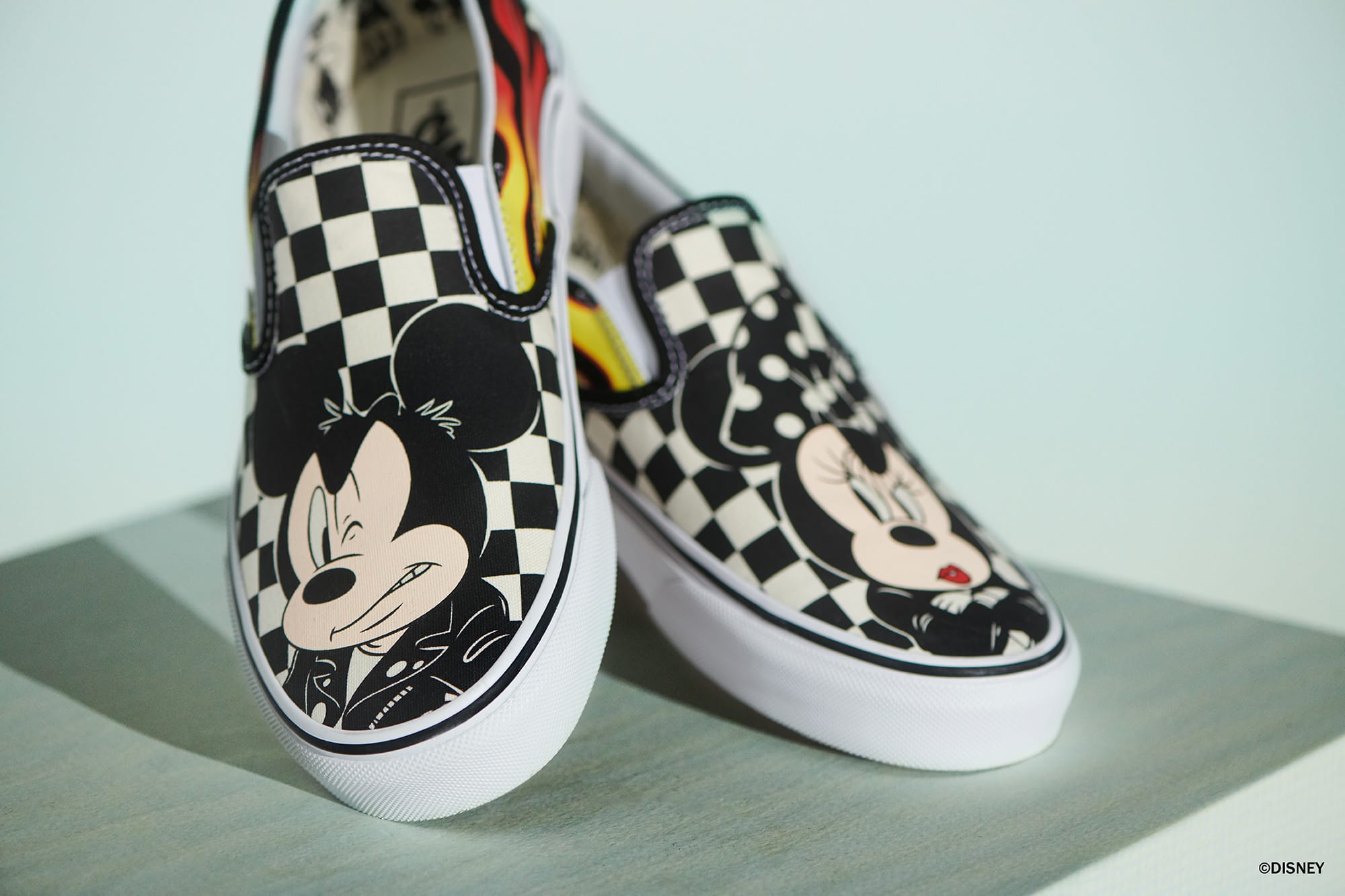 Read More
After celebrating the iconic Mickey Mouse’s 90th anniversary last month, Disney is back at it again in… 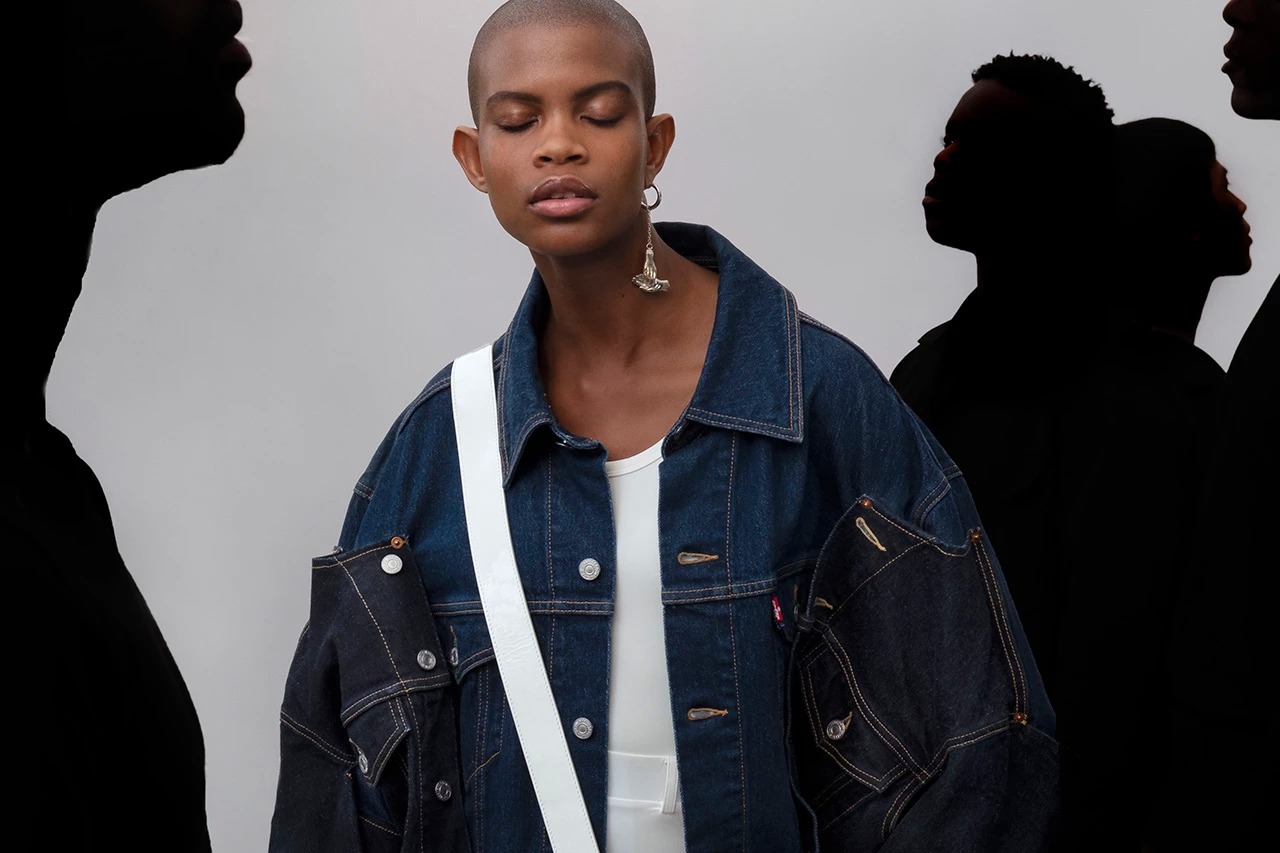 Read More
If you do not know Feng Chen Wang, you have to keep an eye on her. She…