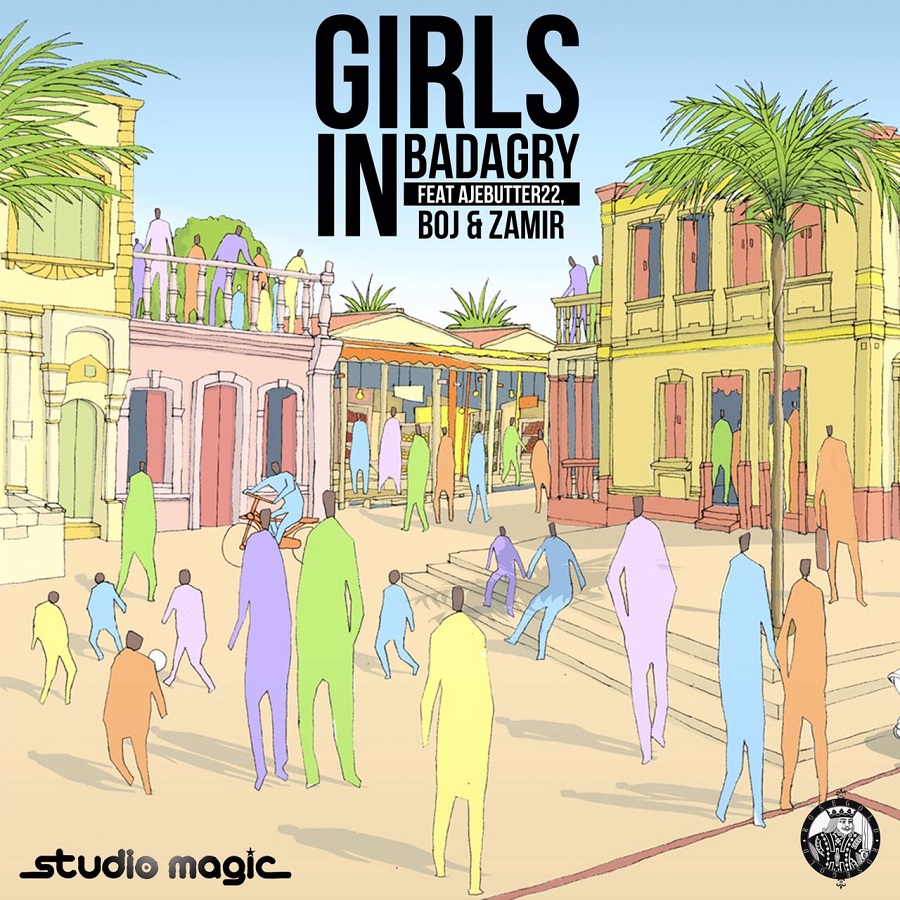 Producers Studio Magic have joined forces with three of the new school heavy weights; Ajebutter22, Boj (DRB Lasgidi) and Zamir(LOS) to present their debut single “Girls in Badagry”. This electronic production is the first single to be released from the production house this year and with each artists showing off their lyrical skills, “Girls in Badagry” is sure to be a hit. Watch out for future singles from Studio Magic, featuring both up-coming and established African acts. Listen and download “Girls In Badagry” down below…