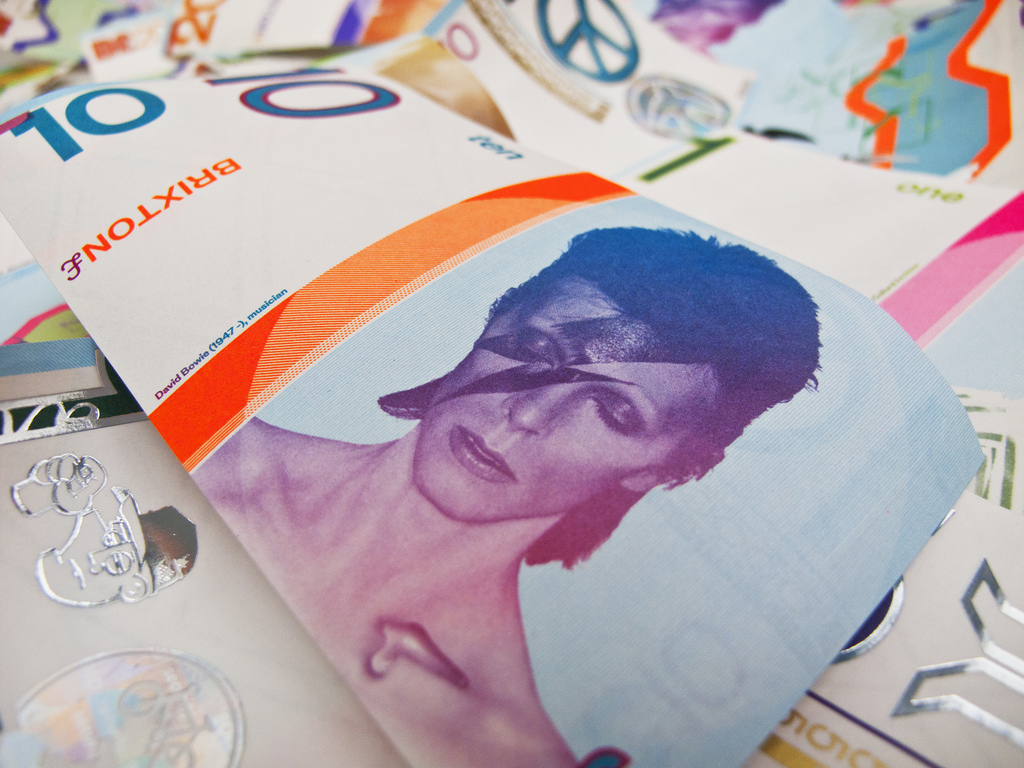 Bowie fans the world over are still mourning the loss of their hero, after his death last Sunday (January 10). But some fans have been able to channel their grief into a new venture, to ease their pain. Over 16,000 people have signed an online petition championing David Bowie as the new face on the £20 note. Bowie fits the criteria of being ‘a non-living visual artist’ meaning he is eligible for consideration; and the Bank Of England has asked the public for suggestions, which means this could be a perfect match.

The petition makes a strong argument for Bowie to replace Adam Smith, who currently appears on the banknote: “A 2002 poll of ‘100 Greatest Britons’ voted for by the public listed Bowie as number 29 which demonstrates… how celebrated and familiar he is to British people. There is no better person to be on the next £20 note”. As Bowie turned down both a CBE and Knighthood, would he have approved of becoming part of the ‘establishment’ in this way?