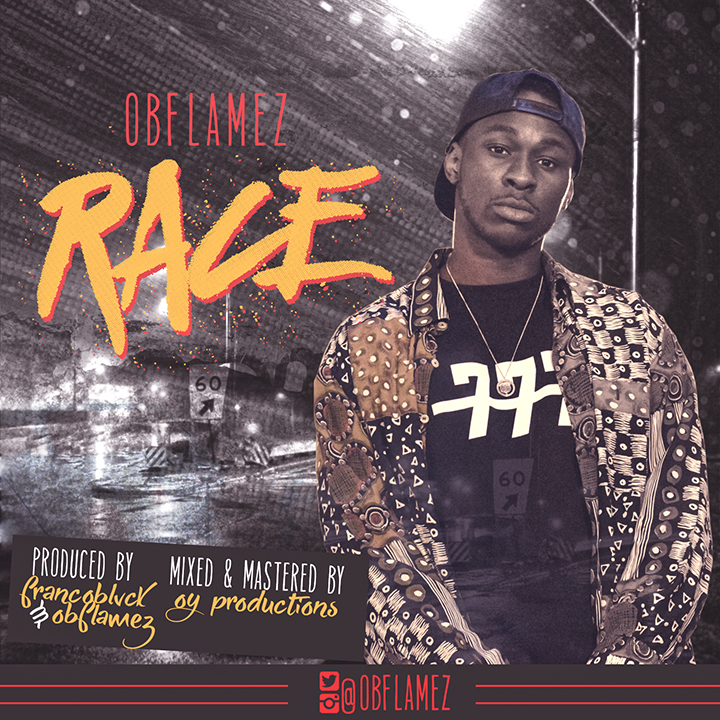 Introducing emerging Nigerian rapper, vocalist and producer OB Flamez – real name Amaobi Neache – with his brand new single titled “Race”, and accompanying music video, for your viewing pleasure. Taken from his forthcoming EP which is to be released later this year, “Race” comes on the back of OB Flamez introductory single ‘HalfLove’ which was released in 2015 to rave reviews.

Co-produced by OB Flamez and Francoblvck, and written by OB Flamez, “Race” is a really conscious effort from the multi-talented London-based artist, which according to OB, was “inspired by my journey through life, everyone has a purpose in life and sometimes we meet roadblocks on our journey, but regardless of these, we’ve gotta keep pushing hard and pray to God to guide us through”.

Directed by Fli5 Star Vision, the video for “Race”, which was shot on location in Leicester Square, is an excellently crafted black and white POV visual affair, which sees OB Flamez soaking in the atmosphere at the renowned Leicester Square, as he reminisces about all he’s been through on his race to making music. Enjoy the visuals for “Race” below.