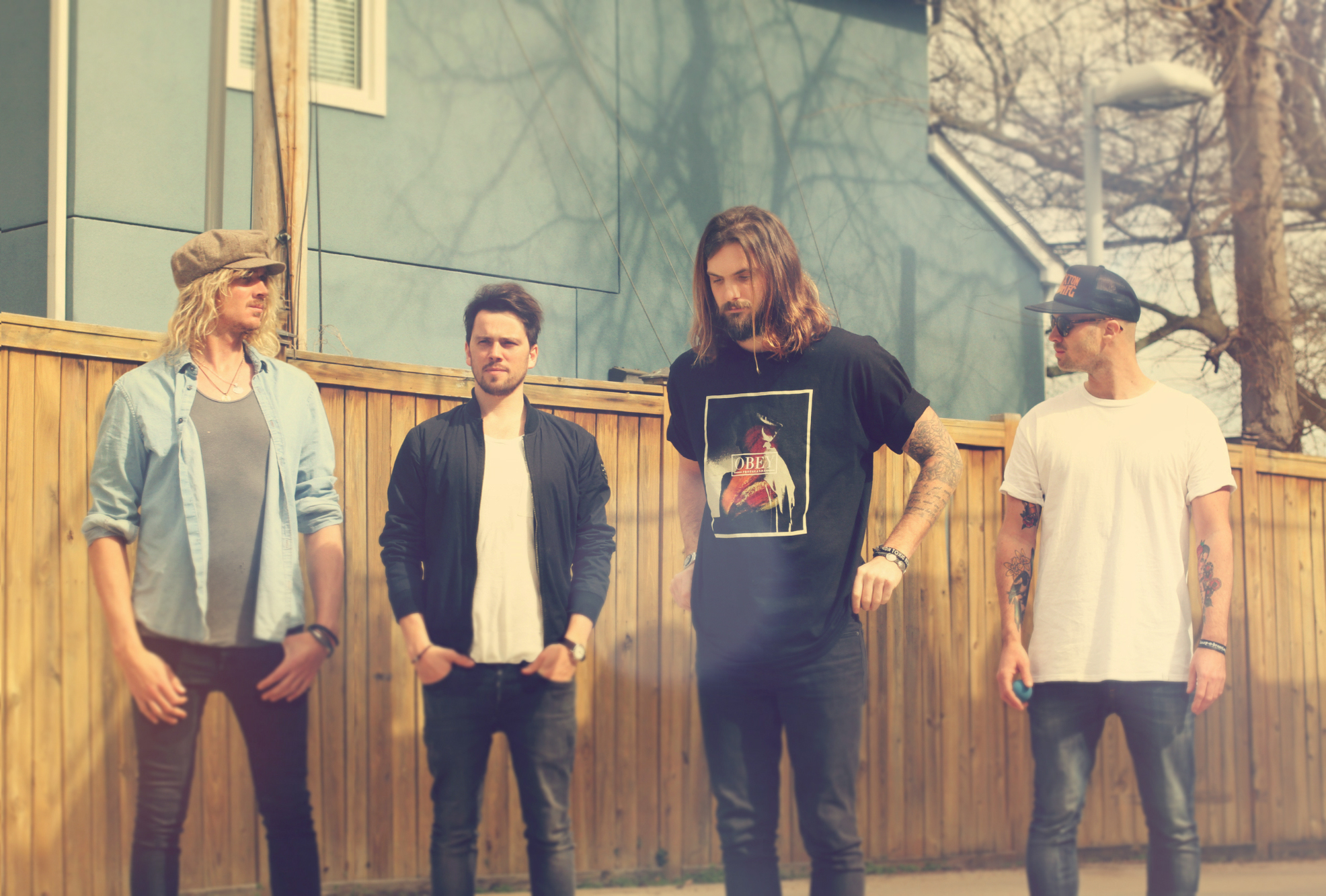 Up and coming four piece Sunset Sons consists of Rory, Pete, Jed and Rob, the band formed after encountering one another whilst pursuing their love of surfing in the sleepy French beach town of Hossegor. Now the guys are due to release their debut album Very Rarely Say Die on April 1 on French Exit via Kobalt Label Services.

Gearing up for their album release, the group have shared the video for their lead single “Somewhere Maybe” which you can find below. Frontman Rory says of the track “We recorded Somewhere Maybe with our friend and sensei Jacquire King at the incredible Blackbird Studios in Nashville. He encouraged us to experiment and there was a feeling of something special and original in the studio when working with him”. Drummer Jed adds “Somewhere Maybe is a song about escapism. About just getting in the car and putting your foot down”.

Find updates of the band via their Twitter here.