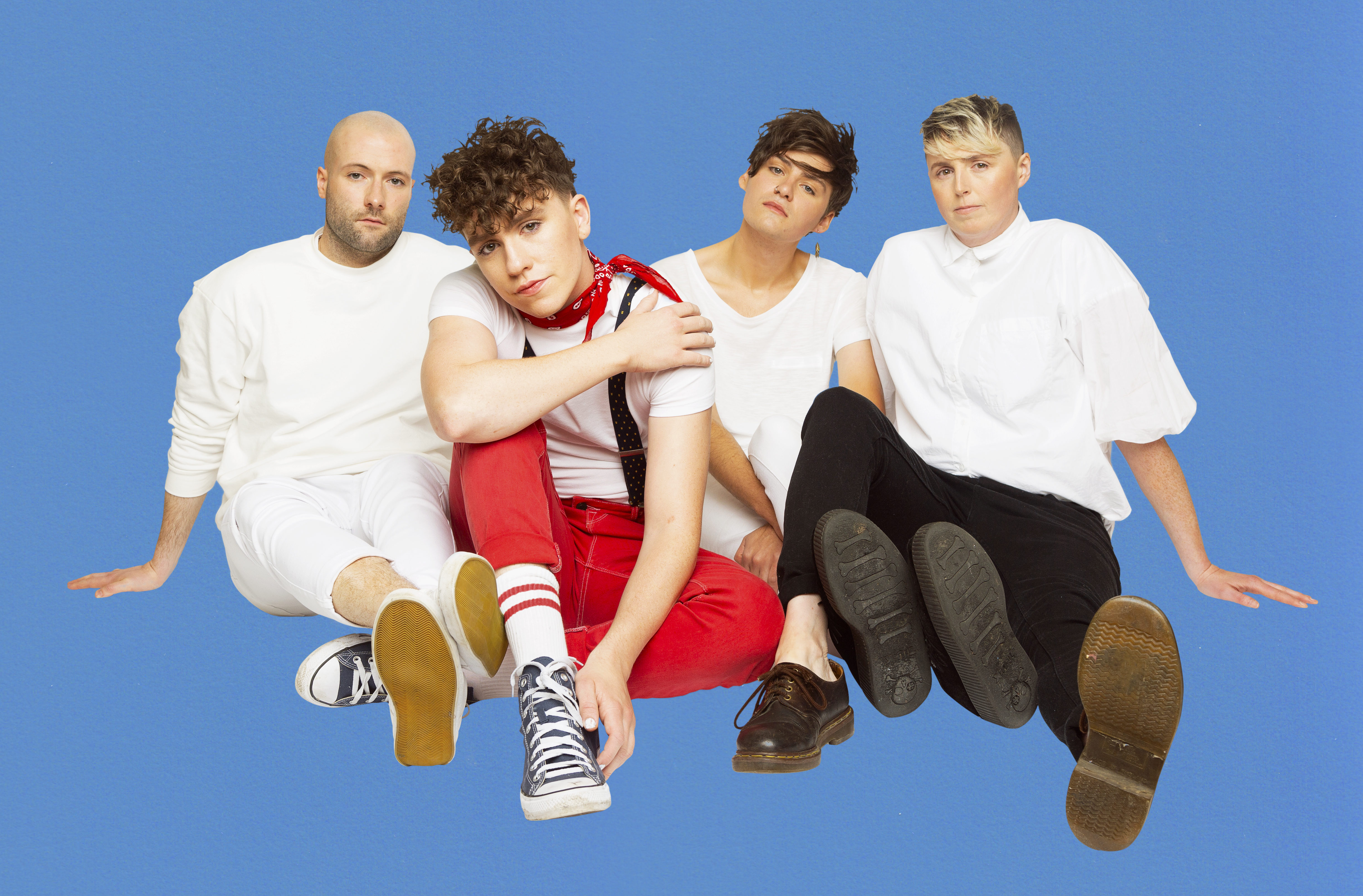 Following the astounding success of their debut single “Fear“, Dublin’s newest four-piece ELM are ready to bring another dance-pop banger to fans. Delivering an uplifting surge of honesty, passion and adrenaline, new single “Paris” is the kind of music that the pop world needs now more than ever.

Shaped by pulsing synth melodies and swaying strings, “Paris” was birthed from lead singer Dylan Walsh watching the iconic 1990 documentary Paris Is Burning, which documents the lives of black, Latino, gay and transgender communities that were the thudding heart of drag culture in 1980s New York.

With a powerfully moving music video which speaks to individuality and true self-expression, ELM are ushering in a new era of relatable queer pop, sharing their personal experiences as they go along. In the same way that Swedish pop genius Robyn and Welsh alt-pop hero MARINA does, ELM’s music is therapy for the dancefloor.

The band shared their sentiments on the single: “Knowing the importance of acceptance, whether it’s in person, on a silver screen or through a set of headphones, we wrote ‘Paris’ after watching the documentary ‘Paris Is Burning’ as an ode to the people who played a role in saving us and as a lifeline to those who need to be reminded that everything will be okay.”

Since the release of “Fear” in May the band have graced stages across Europe, bursting with energy and love of what they do including Dot to Dot Festival, Madrid Pride, Hull Pride and Latitude Festival. They recently concluded their festival run with performances at Dublin’s newest Music and Arts Festival Love Sensation and the huge Manchester Pride on August 25th.